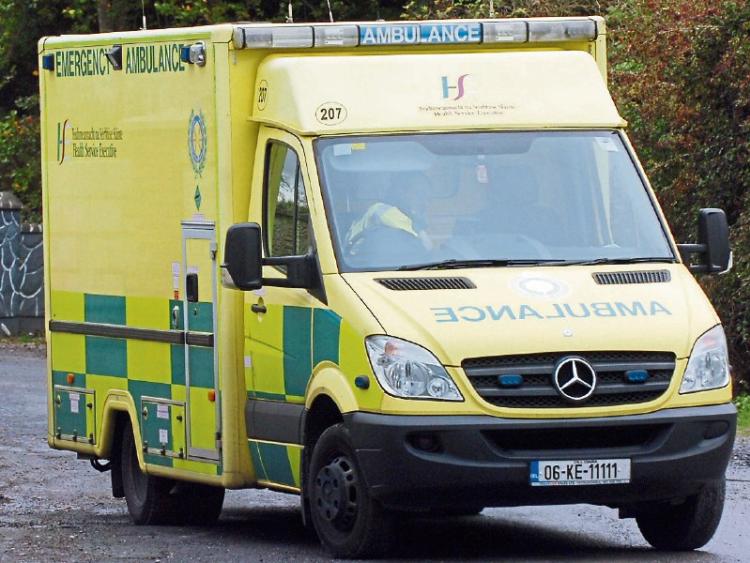 An ambulance was dispatched from Listowel

A PENSIONER from county Limerick was forced to wait for more than an hour for ambulance after he suffered injuries from a fall outside his home in the late evening.

And when it arrived, it emerged that the ambulance came from Listowel.

The elderly man, in his late 70s, fell outside his home in Ballingarry, last Thursday at 9pm, and was only able to access ambulance services, after numerous calls from concerned neighbours, at 10.25pm.

A source, who helped the elderly man on the night, told the Limerick Leader that the reason behind the major delay was that the two ambulance staff had to travel from their base in Listowel to treat him.

​The National Ambulance Service confirmed that a 999/112 emergency call was made by a person from the Ballingarry area, at 9.15pm, last Thursday, and the ambulance service arrived at 10.29pm.

According to the NAS, when the call was made, a large number of ambulances were engaged in other calls of “high acuity”, and that the nearest available ambulance was Listowel.

“He was there 10 or 15 minutes, I would say, before anyone would have spotted him. He was literally just crossing from his neighbour’s house back to his own place, and when he was going in his own gate, and he tripped over the latch on the ground for the gate,” the source said. He added that neighbours were concerned about the lengthy delay, urging them to phone the ambulance twice, after their first phone call at 9.10pm. “Somebody else made a call at around 9.10pm, and at 9.50pm, I rang them and I asked them what was going on, and they were telling me they were on route, and said ‘Ring us back if there are any changes and have somebody there to flag us down’. And there was another call after that.”

“He wasn’t cold at the start, but after a while, he started to complain about the cold. He was visibly in pain, you could see that. When he moved himself, he realised, then, that his shoulder was actually paining him. He had a plate fitted to his shoulder, and that was causing a huge problem. He was helpless, he couldn’t pick himself, and nobody could either.” This incident comes just days before a HSE-commissioned report stated 750 staff and 250 ambulances are required to meet rising demands nationwide.