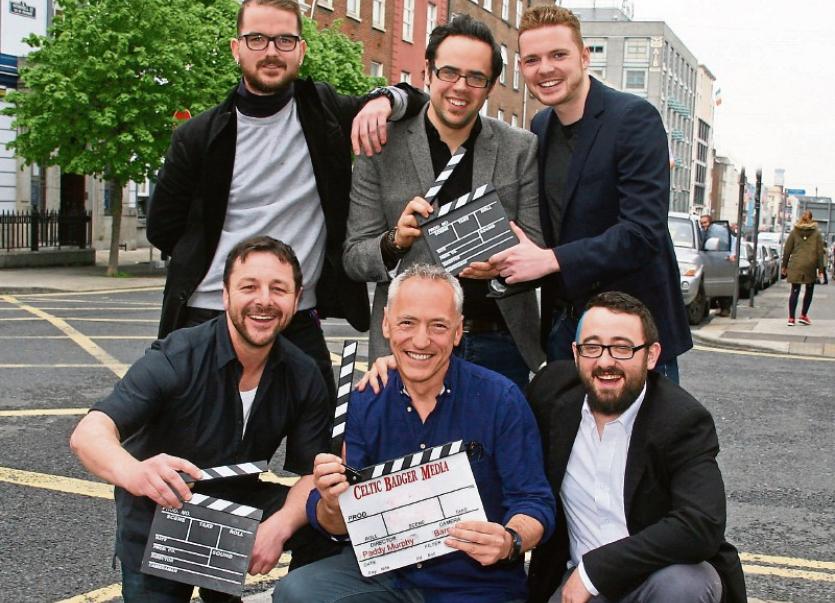 THE cream of the crop of Limerick’s film industry will be flying off to Cannes Film Festival, and will have the opportunity to showcase their selected shorts to a world of movie connoisseurs, next week.

Of the large Limerick contingent heading to the prestigious festival, director Steve Hall will bring his post-apocalyptic Safe; Paddy Murphy will showcase his local history-inspired drama The Cheese Box; Nigel Mercier will feature in Mother’s Milk and Cookies, a Belfast-shot film; and Limerick City of Culture animation The Clockmaker’s Dream will be presented at an exclusive animation screening.

As well as a spot at the world-renowned Short Film Corner, there will be an exclusive event to promote Limerick film at the famous Morrison’s Irish bar, in the heart of Cannes on Wednesday night.

When bar owner Robert Ryan, who is a Caherdavin native, discovered the long list of local Cannes nominees, he used it as an opportunity to promote Limerick’s film culture.

“I know how hard it is to get things off the ground as we have had to beat our way to survive in Cannes but a little help from friends always helps,” Robert told the Limerick Leader.

Actor and Richard Harris Film Festival director, Zeb Moore said that a number of special guests will be present at the informal, networking event, where people will have the opportunity to view the local films and to learn more about the local festival.

“Because these are all Limerick connections, it means that we will have our very own venue to put Limerick filmmakers, and we will be mentioning, there, that we will have Troy Studios at the end of the summer. That is what we are striving for. It is not just about promoting ourselves, it is to promote everybody in the film industry in Limerick.”

He added that local filmmaking is “really taking off this year. It is a strange coincidence that there are so many Limerick movies suddenly arriving into Cannes in the one year.

“This is all down to a group of people, three or four years ago, who decided that they are going to do things for themselves and not wait for anybody else, and everyone around here has not sat on their arse and waited around. They got out and made things happen,” he enthused.

Kevin Kiely, Jr, who stars in Paddy Murphy’s The Cheese Box — a biopic of a “dark time” in Kiely’s grandfather’s life — said that the films “are challenging and that people take notice of that.

“The stories are the most important thing. It is a chance for all of us to create a conversation about making film in the Mecca of filmmaking.

“This is all happening now because it takes a while to set all this up, it takes a while for us to figure out who works well together, and we can all tell stories that are important to us.”

Young director, Steve Hall said that going to the festival is part of his ambition as a filmmaker, and is looking forward to networking with the international nominees.

“We had a full Limerick crew, Limerick actors, and now the Limerick accent is going to travel, as well. And it’s crazy to think that a film we shot out in the Cratloe Woods is going to the Cannes Film Festival.”

Director Paddy Murphy told the Leader this week: “I hope that by bringing this to an international platform, we will see how people, on an international level, take it in, that is hugely important for me to get that feedback. And this will be an absolutely amazing experience, I think.”