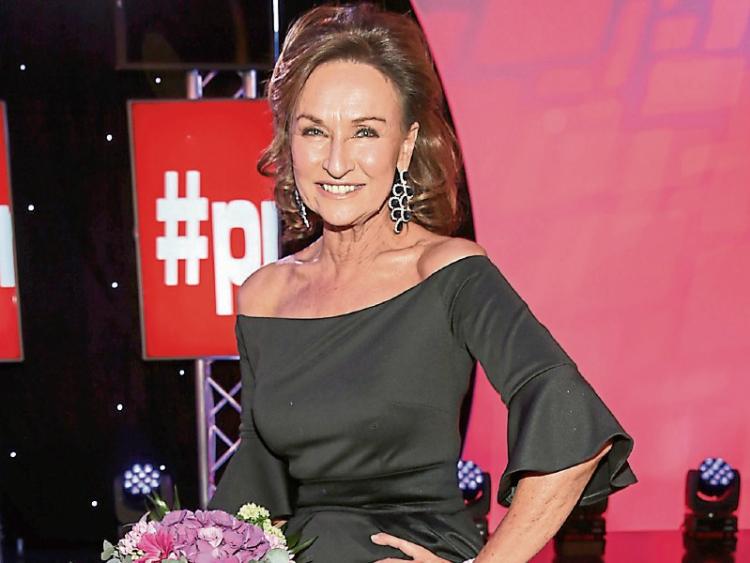 Celia Holman-Lee insists she has no plans to retire

STYLE icon Celia Holman Lee has quashed rumours that she is retiring from the fashion industry after 50 years, saying that when she does bow out “you will all know because I will go out with the biggest party Limerick has ever seen”.

And the grandmother-of-four has revealed that she turned down an offer from an LA company -  “who has done work on the Kardashians” - to carry out some age-defying work on her.

“I was approached by a company who work out of LA. They were coming to Dublin. The do some work on the Kardashians and they asked would I be interested in getting some work done,” Celia explained this week.

“They say non invasive - I don’t know what they mean by non-invasive, maybe it’s not a facelift or it’s just injections but I think if you start - that’s the end of it. I said ‘no’.”

The company, she says, wanted to work with her for an advertisement.

“I said I needed, really and truly, to think long and serious about it, but the decision was to not go there.”

In relation to reports in a weekend newspaper that she preparing to quit the fashion industry after 50 years Celia said she is stepping back “but I’m not retiring”.

“Of course I am stepping back, why wouldn’t I at 65 but I’m not retiring. You will all know when I am retiring because I will go out with the biggest party Limerick has ever seen,” she laughed.

“I’m still working. When I say step back, I have four divine grandchildren, and my husband and I want to be with them and to take them away the odd day that the weather is good, but the way I have been carrying on and working, I have made these things a bit impossible, so the whole idea is to slowly but surely step back a little. That’s all I’m doing.”

While she is gradually taking a back seat in relation to the day-to-day running of the agency,Celia says she” won’t ever stop with the tv or companies that want me to represent their brand - I will never be giving up there.”

The former model was named Most Stylish on the Night at this year’s annual VIP Style Awards at Dublin’s Marker Hotel at the weekend.

When asked about the pressure to stay looking young and fresh in an age where more and more women are resorting to botox, Celia encouraged women to “dig deep” to withstand that pressure.

“With these reality tv stars etc and all that goes with it, sometimes, if you are not able to dig deep down in terms of your confidence, these people get to you.

“I get an awful lot of women saying to me, ‘stay up there, you give us confidence, keep going’.

She said she never succumbed to pressure to use botox.

“I think maybe it was because I was able to dig deep down and kick out the confidence again, and see beyond it.