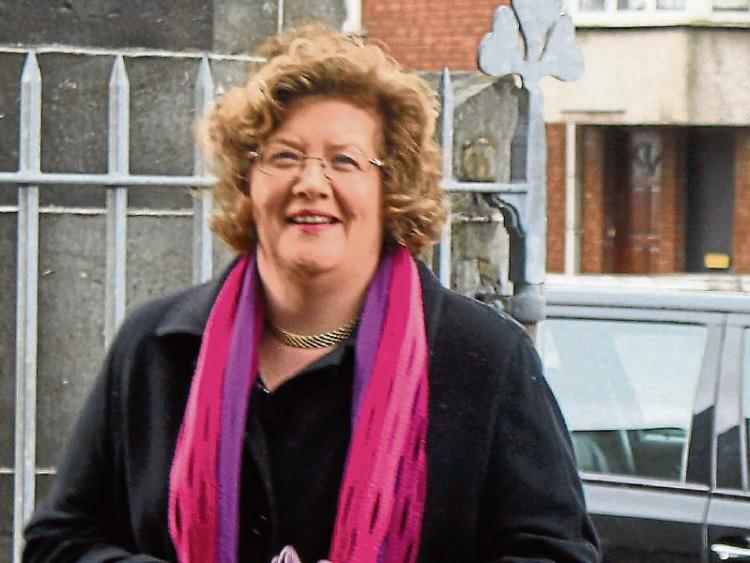 UP to seven candidates could battle it out to replace newly elected Senator Maria Byrne on the local council.

They could include prominent businesswoman Elenora Hogan and candidates who missed out on election at the local elections of 2014.

Meanwhile, either Michael Hourigan and Marian Hurley is to be Fine Gael’s nomination for the next metropolitan district mayor.

Following Ms Byrne’s election to the Upper House, it is the prerogative of Fine Gael to replace the councillor with one of its own candidates in City West.

It is expected a selection convention will be held in the next fortnight, with members of Fine Gael branches in the city, Raheen/Dooradoyle and Patrickswell all voting.

Multiple sources in Fine Gael have suggested Ms Hogan – who runs a pharmacy business in William Street and is the chairman of the party’s city branch –  would be a frontrunner.

“If I was a betting person, my money would be on her,” was one how member put it.

For her part, Ms Hogan said: “Obviously it is something I am thinking about. But I haven’t given it full consideration or made a decision on it. It’s a big decision to make – I have my own business.”

Other names in the frame include Fergus Kilcoyne of Patrickswell, who came agonisingly close to election in City West, former councillor Denis McCarthy – despite the fact he lives in Corbally, outside City West; Sarah-Lee Kiely, whose family home is on the Hyde Road, and Felim Cronin, who also ran in 2014.

The Leader understands Mr Kilcoyne is willing to throw his hat into the ring, so long as a member of Ms Byrne’s family does not do likewise.

Despite some speculation this may be the case, it is understood it is unlikely to happen.

Another former councillor Leo Walsh, Ballyneety, has indicated he would not seek a nomination against his long-time friend Kilcoyne.

If Ms Hogan goes forward for selection, she would stand a good chance of securing the co-option, because her branch membership numbers would outstrip the other two in City West.

Meanwhile, with Ms Byrne headed for Leinster House, next year’s metroplitan mayoralty is up for grabs. She was due to be elected under a grand coalition deal.

Cllrs Hourigan and Hurley have both refused to rule themselves out of the role, although the latter has expressed a preference to take the overall deputy mayoralty of the county in 2017/2018, which at the moment she is to be nominated for.