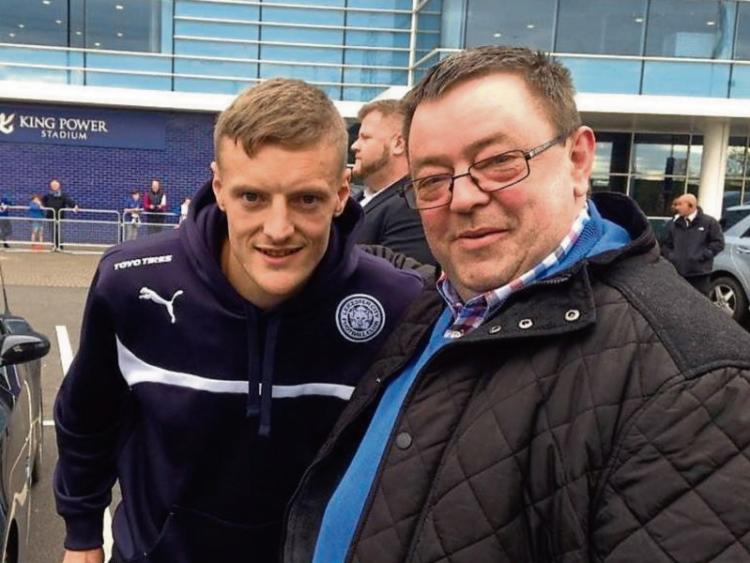 A DIE-HARD Leicester City fan who stood to win €10,000 from a tenner bet on his team winning the Premier League, cashed out for €4,200.

But there has been no licking of wounds for Doon publican Mike Buckley, who is set to throw a party in his premises to toast the Foxes winning the Premier League for the first time.

“I put on the bet around four games into the season. I had a tenner on at 1000-1,” said Mike, who runs Jock’s Bar in the east Limerick village.

Mike, who was born in Leicester — he moved to Ireland at the age of two – and has supported them all his life, felt they had it in the bag after the Swansea game.

So when they made history on Monday night when they were crowned the winners of the Barclays Premier League after Tottenham’s 2-2 draw at Chelsea, he immediately set about making plans for a hooley in the bar.

“We had a good old celebration on Monday night. A lot of the local lads were in watching the match. We had a couple of small drinks to celebrate. But we are having a big party on Sunday week to celebrate. I have friends and cousins coming over for it. We will have a disco and a barbecue. We will have the colours up. I will be getting a few things when I go over this weekend.”

Mike will be at the King Power Stadium this Saturday to see his side take on Everton in their final home game of the season. Tickets for the match are like gold dust with resale websites offering spare seats for anything up to £8,000.

Mike has travelled to many of Leicester City’s games in the past - he was at the Liverpool clash in February.

“I met Jamie Vardy the last time I was over there, in the corporate box. He was a lovely lad. I got my photo taken and all with him.”

Despite the fact that many think Leicester City will struggle to reach the same heights next season, Mike thinks that they will be a force to be reckoned with.

“They have money now to buy players. With the money they get from Sky (and BT) and from playing in Europe, they mightn’t win it but they should be up there.”

He also praised Leicester boss Claudio Ranieri for his level-headed approach throughout the season.

“He kept everyone calm. There were no big egos or anything like that.”

So has he any sympathy for Spurs?

“We’ve waited long enough for this -we’re going to enjoy it!”

Meanwhile, another Limerick link to Leicester was being recalled this week in the form of Limerick man Joe Waters. Joe briefly played for Pike Rovers and also played for Wembley Rovers. In April 1969, Joe joined Leicester City.

He has a place in Foxes’ folklore due to his two-goal debut in a FA Cup quarter final win against QPR in 1974.