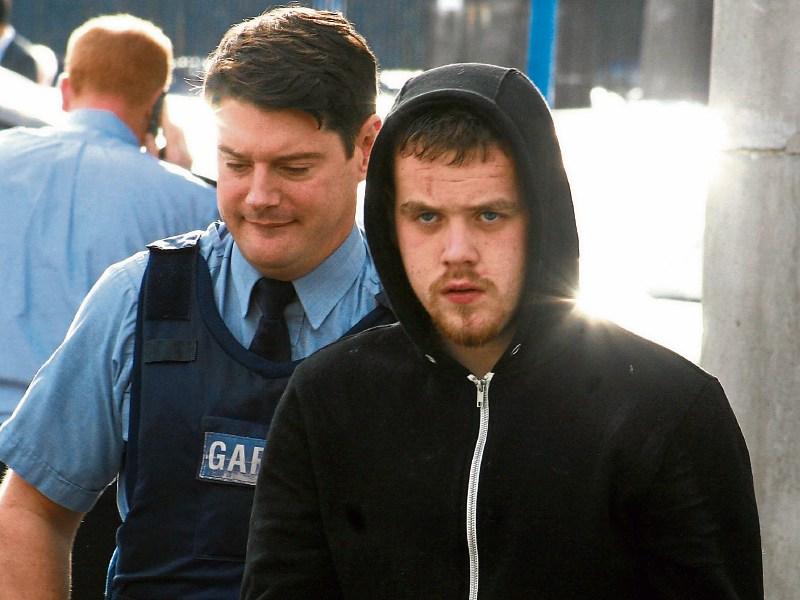 John Ryan (right) will be sentenced in July [Picture: Press 22]

A COUNTY Limerick man has pleaded guilty to charges relating to spate of arson attacks at farms across East County Limerick.

Hundreds of bales of hay, straw and silage were destroyed after storage barns and sheds were set alight.

A car trailer was also damaged in one of the fires while two bullocks died in another.

Around €90,000 worth of damage was caused as a result of the fires.

A major garda investigation was launched following the spate of arson attacks resulting in the defendant being arrested and charged last October.

The Director of Public Prosecutions subsequently directed trial on indictment and the case was formally sent forward for trial last month.

Wearing a black Adidas tracksuit and sleevless jacket, the defendant replied “eh guilty” to each of the charges as they were put to him by the court registrar.

Michael Collins BL, instructed by State Solicitor Aidan Judge, said the guilty pleas were acceptable to the State and he requested a sentencing date in July.

Anthony Sammon SC, defending, commented that his client had pleaded guilty to “very serious offences” and he asked that the legal aid certificate be extended to facilitate a psychologicial assessment of Mr Ryan.

Judge Tom O’Donnell granted the application and he remanded the defendant in continuing custody until July 27, next.

On that date he will hear evidence from investigating gardai relating to the circumstances of each of the fires.

A number of other young men were also previously arrested and questioned about the spate of fires but none have been charged.