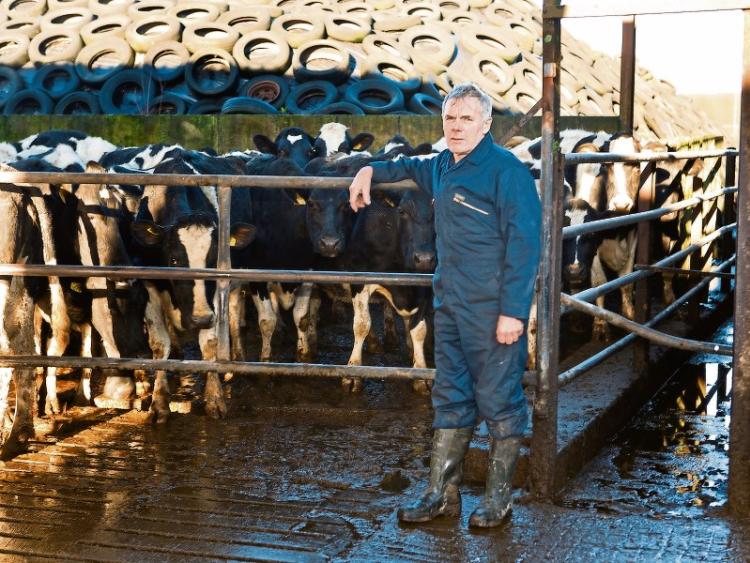 WITH milk prices now below the cost of production for nearly a full year and with a number of co-ops announcing further reductions in milk price for March, the chairperson of ICMSA’s dairy committee Gerald Quain says the extent of reductions in the March milk cheque has sent “shock waves through Limerick’s dairy community and farmers and their families are now at the very limit of commercial survival”.

Mr Quain said County Limerick dairy farmers are now at a situation where both their cash-flow and income have been totally wiped out.

“To put it as bluntly as the crisis demands - co-op boards now need to clearly state to their management that milk price cuts are no longer possible and that further savings can only be sought within the context of the co-op’s own resources and structure.

“The idea that co-ops can just keep on passing the hit back to the farmers is over,” said Mr Quain.

In addition, the Creggane dairy farmer said the bonuses being paid out by Ornua [formerly the Irish Dairy Board] should be paid directly back to milk suppliers as it was their milk production that generated those profits in the first place.

“The figure for total bonuses being paid to milk processors by Ornua is €29 million and ICMSA is saying categorically that these funds should be distributed amongst milk suppliers so as to provide some relief to cash-strapped milk producers,” he said.

The dairy committee chairperson said that anger at farm level is at “boiling point”.

“Farmers invested heavily on the back of a positive scenario pushed strongly by the Minister for Agriculture, Food and Marine, Simon Coveney and milk processors.

“And they now believe that they have been abandoned by the policymakers and left totally exposed to global markets that are rigged to work on behalf of the retail corporations and multinational PLCs.

“If farmers are being forced to cut costs, cancel farm investment and try and cut back ‘to  the bare bone’ then we need to see similar actions at processor and co-op level.

“One thing is absolutely for sure - we can’t take any more and others are going to have to take their share of the pain,” concluded Mr Quain.