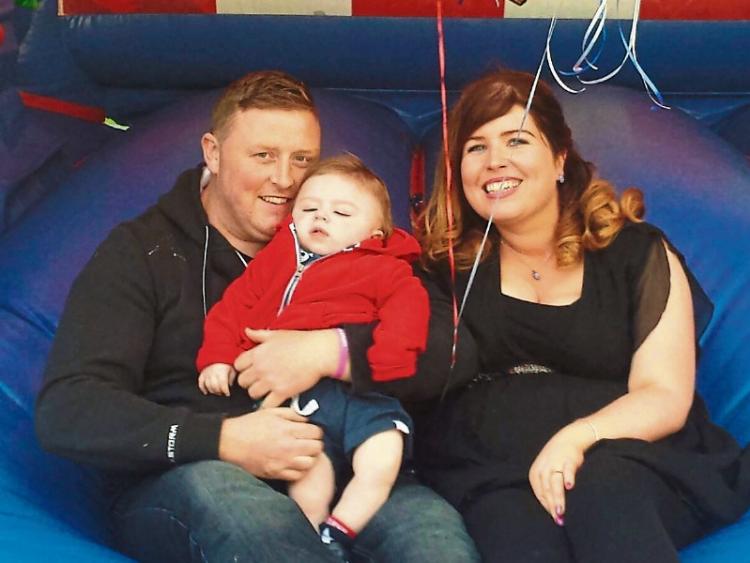 Trevor and Brenda with a sleeping Fionn, pictured below

A LOCAL couple have spoken of their determination not to give up on their baby son, despite him having a number of potentially life-limiting illnesses.

Fionn Barry, just two years old, has spent most of his short life in hospital, and his parents Brenda and Trevor were told by doctors at Christmas: “Enjoy him while you have him”.

But they are not giving up, and have set up a special fund, ‘Fight for Fionn’ to ensure the toddler gets the help he needs.

They are hoping to raise €100,000 to adapt their home outside Charleville so their only son can spend as much time with them as possible.

”He has been sick since he was small. We were told at Christmas time that his brain had slowed growing since he was six months. It is the size of a six-months old brain. The doctors do not know why this has happened. They have done lots of tests, but most of the tests have come back clear. We just cannot find a reason,” Brenda said.

Little Fionn has been diagnosed with cerebral palsy, as well as a rare type of epilepsy, and reflux.

“He has had to have a fisher in his bowel, and his hernia removed. He has had multiple biopsies,” his mum said adding her son needs round the block care.

Despite all the battles he has faced in his young life, Brenda says: “We are hoping he will prove the doctors wrong. We cannot go down the road of thinking we are going to lose him. We are not accepting that we are going to mind him for now, and then he will have to go. No way." As well as improvements to the family home, her husband Croom man Trevor – a former under-age Limerick hurler – says he hopes the fund will pay for travel should Fionn have to travel for life-saving medical help.

“There is someone out there who can help this young fella, and we have to find them. The older he gets, the stronger he will get, and we might get other answers which could lead to something. People have to have gone through similar things, so we just need to find someone. And you know how money can talk. We are not taking no for an answer,” he said. 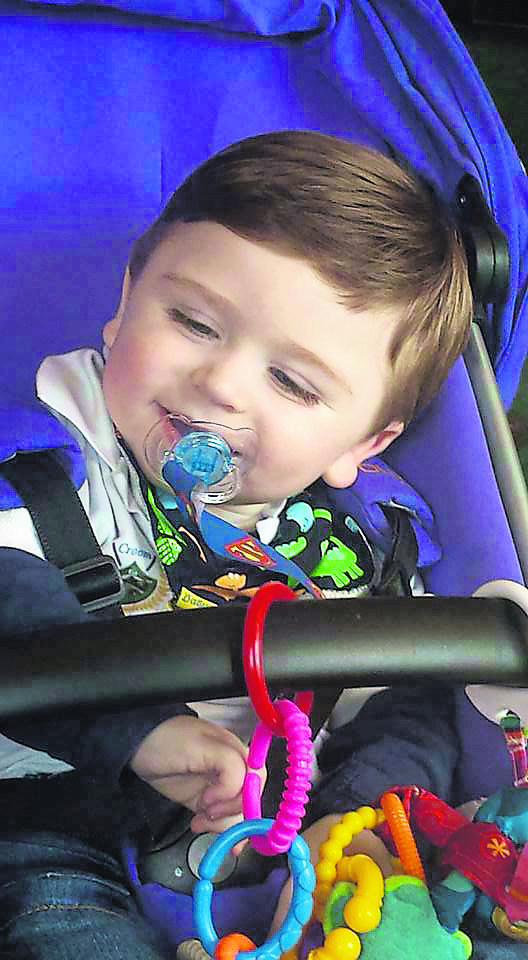 While Fight for Fionn will in the main help pay for adaptations to their house – a wet room for Fionn and a fully adapted bedroom – this, Trevor added, is only “the tip of the iceberg”.

“We need to get equipment. We need to make his quality of life better at home and give us the chance to keep him at home more. We need to get private physio and private therapy for him – this will come to €100 a session,” he explained.

The pair say they have not had a sleepful night since their son was born.

Struggling to hide tears, Brenda admits: “We have been to the brink of despair and back again”.

“He is a lovely boy. He is always smiling. He loves watching Shaun the Sheep on television. He loves his rattle too,” she said, with Trevor adding: “He watches Only Fools and Horses and laughs at it. He knows Del Boy’s voice!”

Both parents have had to give up their respective jobs – Trevor as an electrician and Brenda as a day care centre manager – to care for Fionn. In the coming weeks, a boxing night is to be held on the northside of the city to raise money for the toddler’s care.

Meantime, they are hoping people will hold private fundraisers. For more information, telephone Brenda at 087-1309944.