Limerick footbridge plan attacked as 'an act of vandalism' 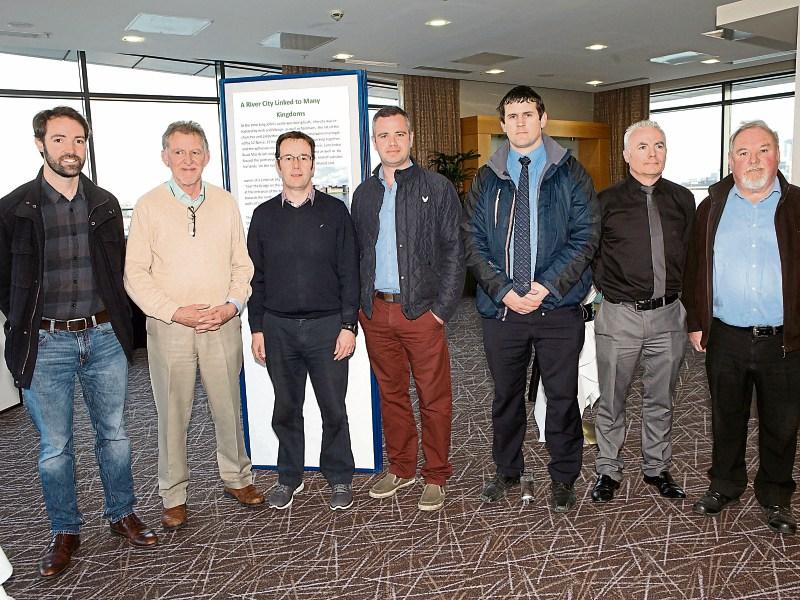 MORE than 100 people voiced their opposition to proposals to build a controversial footbridge in the heart of the city at a meeting this Monday night.

Alongside Failte Ireland and a private donor, Limerick City and County Council is planning to build a link between the Potato Market, across the Abbey River to Arthur’s Quay. But the project, which comes with a price tag of €18m, has proven controversial, with many feeling it could destroy the view of the city, while concerns are also being raised about the impact on the current of the River Shannon.

Footbridge Folly, a group set up in opposition to the bridge organised a meeting at the Strand Hotel in a bid to bring people’s views into the public domain.

“It is the first time I have heard of a bridge going along a river, rather than across it. The only river it crosses is the estuary of the Abbey River,” John Kennedy said.

Among those in attendance were 10 councillors, some of whom spoke out and vowed to block the scheme in its current format.

This intervention was notable, because it is local members who will vote on whether to accept or reject the bridge plan in the form of Part Eight planning.

At the meeting, those present were shown some new images of the bridge plan, which John Elliott, a member of the Footbridge Folly group, said could potentially measure up to 75 metres in height.

During the presentation, the archaeologist and local historian said while King John’s Castle has been around almost 1,000 years, most modern bridges are not designed to last more than 100.

He also suggested that the proposed footbridge would actually run contrary to the council’s city development plan.

“Rivers are protected views. Under the council’s draft development plan, linear views and skyline views, including St Mary’s Cathedral, and the Sylvester O’Halloran bridge, they are all protected. Any development which impinges upon them would go against the guidelines they [the council] have set themselves,” he said, adding: “While the bridge may be ‘wow’ and ‘inspiring’, it denigrates all of these.”

Nicholas Street trader Tony Ryan said: “It would be a distraction, rather than an attraction”.

He pointed out Failte Ireland had promised investment in his street two years ago, “but now this has been dropped upon us”.

Sinn Fein councillor John Costelloe, a fellow Nicholas Street trader, said erecting the bridge “would be the biggest act of vandalism this city has ever seen”.

A number of questions were posed at the meeting, including the function of the bridge, how it will be ‘iconic’, whether it is the best use of €18m, and ‘Do anonymous donors have the right to decide what is built?’

He also believes the proposed bridge would “ruin” the city.

Independent councillor Emmett O’Brien added: “The fact in this day and age, anyone can concievably think to spend €18m on a project without due consultation with the public is unforgivable."

He pointed out very little is spent on the maintenance of piers at other points on the River Shannon.

Brian Moloney described the bridge as an “idiotic idea. We have been sold so many dead donkeys in this city. We have a glass [structure at the] castle which nobody wants. They knocked down part of The Granary, which was not what people wanted. They don’t care about how the city looks,” he said.

Jim Ryan said the need for a bridge from a tourism point of view is somewhat overstated. “I do not go to any European city to see a bridge. I go to see their heritage and cultural centres, which are the old parts. Their coffee shops. A bridge won’t do it for me, and I think it should be flushed out as quickly as possible,” he said, to cheers.

Labour leader Cllr Frankie Daly vowed to vote down the bridge, saying: “This is the first step of a journey where we take back democracy in Limerick City”.

Fine Gael councillor Michael Sheahan added: “We have to start to reclaim our city. We will defeat management with the structures he is using himself. We will defeat his Part Eight.”

He said the bridge proposal has “highlighted” the scandal of the abandonment of Nicholas Street – and this should be tackled.

See Letters to the Editor, page 18; see also page 16 of our City edition for pictures from the event