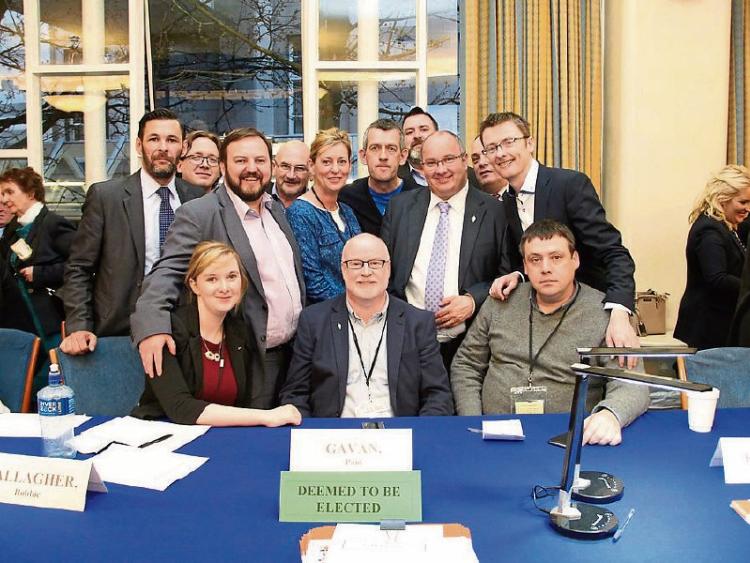 LIMERICK has an additional three representatives in the Houses of the Oireachtas this week following the Seanad elections.

Fine Gael’s Kieran O’Donnell and Maria Byrne were elected to the Upper House, and were joined by Castleconnell man, the Siptu official Paul Gavan, who was elected for Sinn Fein.

However, Cllrs Michael Collins, Fianna Fail, John Sheahan, Fine Gael, and Cian Prendiville, Anti-Austerity Alliance missed out on election to their respective panels – the latter at the final count.

The election of the former mayor of Limerick, Cllr Byrne to the Agricultural panel may end a more than 40 year connection between her family and council politics.

Her father, the late Bobby served on the old Limerick City Council  between 1974 and 1999, and was mayor on two occasions.

Maria then took his council seat, and has held it ever since, plus was Mayor of Limerick in 2010/11.

Speaking this Wednesday, after being elected to the agricultural panel at the 20th count, passing the quota of 93,667, Cllr Byrne said: “It has been quite a while since Limerick had a senator, and to have two of them now is a great achievement.”

The newly elected senator is hopeful for a spokespersonship in the Upper House, a role which will be given out if or when a new government is formed.

Cllr Byrne of O’Connell Avenue also brushed off criticism in some quarters of her presence on the Agricultural panel –  normally filled by rural politicians –  saying: “I would not have been able to run on the panel unless I qualified for it. That was decided by the clerk of the Seanad. For the few comments you get, there is the hundreds of congratulations messages and well-wishers.”

It is a case of second time lucky for the new senator, after missing out by a single vote to the same panel in 2007.

She said seeing other candidates miss out in similar circumstances this week brought the memory back to her.

Another politician who has put electoral defeat behind him was Kieran O’Donnell, who lost his Dail seat in February.

The Monaleen man said it is a “privilege” to represent Limerick City in the Seanad.

“The Seanad allows me the chance to continue to represent my constituency at a national level and raise matters of importance. I’d like to pursue a number of areas, including those of disabilitties. I’d like to promote the arts, particularly in a Limerick context.”

Mr O’Donnell also confirmed he would seek the Fine Gael nomination to run in the next general election, with Finance Minister Michael Noonan expected to retire.

Mr Gavan, Castleconnell, who was elected to the Labour panel, passed the quota at the second count, with a vote multiple of 94,095.

He admits he was surprised at how early he secured election, with his party taking the first two seats on the panel.

“I was surprised and really pleased. It was a whole new process for me. I could not figure out how it would go. We got terrific support from around the country, which is really appreciated.” Mr Gavan added: “I am still coming to terms with it really. I was nominated by Congress, and I think this is very important. I am really proud of that nomination. I will focus on workers rights, including highlighting the scandal of poverty pay in this country. I will also be campaigning for a living wage.”

Mr Gavan said he will represent the interests of local people in the Upper House as best he can.

“Limerick has been really hard hit in terms of austerity for the last number of years, so we will be campaigning, and I see myself as one extra voice to an already very strong Sinn Fein team.”

Unlike Dail elections, each Seanad vote is counted as 1,000, with various preferences being given a lower value based on the number.

This is to aid the redistribution of votes due to the small size of the electorate.