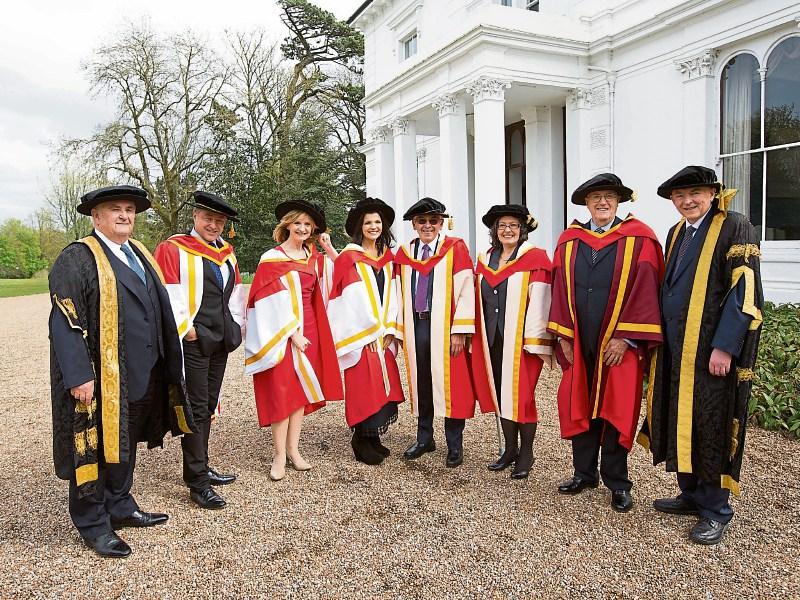 SIX “exceptional” Irish figures have been awarded honorary doctorates by UL in one of the biggest ceremonies of its kind at the university.

“It is the day when we get the opportunity to honour those who have inspired, who have led with courage and passion and who have made great contributions in their fields of endeavour.

“Today we bestowed upon these outstanding individuals the University of Limerick’s highest honour and invite them to take their place in the history of this institution. It’s a special occasion and they are a very special people to honour.

“This year, we are celebrating 100 years of the 1916 Rising, which led to the successful War of Independence, culminating in our independence, and this university is the first to be founded since the establishment of the State.

He said the honorees would “inspire past students and today’s students to pursue that self-enriching path to the future. We need leaders who can demonstrate what can be done”.

Ms Feehily, formerly of Ferrybridge and the first female chairperson of the Revenue Commission-ers, said she was “absolutely privileged and thrilled” with the “unexpected” honour, saying it was “doubly appreciated because this is my hometown.

“It’s nice to be getting an honour in Limerick, as a Limerick child.”

Speaking before the ceremony, an “honoured” Michael Flatley, praised the Irish World Academy for its “great energy and great atmosphere”.