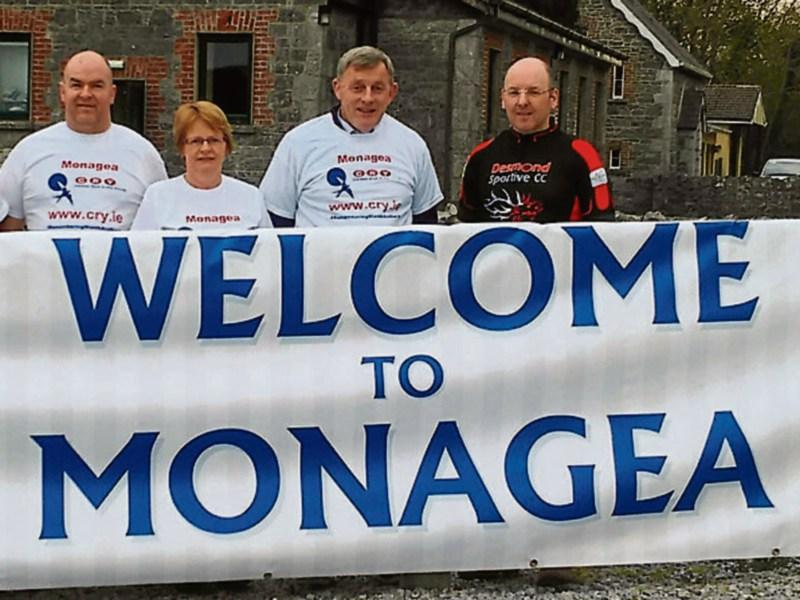 THERE will be a huge welcome for anyone ready to walk, run or cycle for CRY Monagea this Saturday, and plenty of tea and sandwiches for those who make it home.

“Just turn up in time and we’ll sign you in,” says Liam Herlihy, one of the prime  organisers of the event which was set up to remember his daughter Niamh  and Dara O’Donovan, two young Monagea people who died within  months of each other in 2011 as a result of Sudden Adult Death syndrome.

And as an added bonus, this year’s walk will be led off by Cathal King, captain of the victorious Na Piarsaigh All Ireland senior hurling club champions, who has strong links with the parish through his parents. Clare Scanlan, who has become a household name through her success as a leader in Operation Transformation, will lead off the cyclists. Clare also helped found the event in memory of her son, Dara.

As in previous years, there will be a 10km walk and run, starting at noon from Monagea community centre while cyclists will have a choice of routes: a 25km, 70km and 110km and the ultimate West Limerick Endurance, at 125km, a challenge that has gained traction in the competitive cycling world. All cycles leave Monagea at 9am.

“We depend hugely on the weather,” Mr Herlihy explained.

The event raised €10,000 last year when the weather was bad. “If we make the same again, we would be delighted,” Mr Herlihy said.

“This a great day out and anyone who has taken part over the years has enjoyed it and come back again. We get huge help from West Limerick AC  and Desmond Sportive CC. Their help is invalable to us and the success of the event.”

Over the years, over €150,000 has been raised for the charity CRY, Cardiac Risk in the Young, which raises awareness of the issue through media campaigns and public meeting.

Crucially, it also supports a national screening centre for members of families which have experienced a death through SAD and the charity also provides counselling and support to those affected families.

You can register for Saturday’s event at the Red Door Gallery this Friday evening between 7pm and 9pm.

If you have not registered in advance you are asked to turn up in plenty time on Saturday morning. Registration will be open from  8am for cyclists and from 11am if you are walking or running.

Runners/ walkers can go at their own pace or compete on a 10km flat walking route, but there is also the option of a 5km route for anyone who feels the 10km is too long.