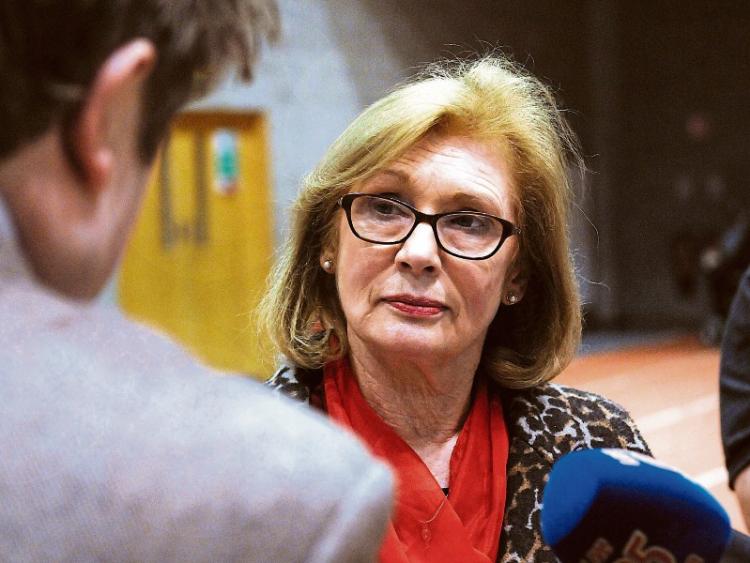 LIMERICK TDs have expressed renewed confidence a minority government may finally be formed – more than two months after the election.

Negotiating teams from Fine Gael and Fianna Fail have been locked in intensive talks for the last few days, with the one sticking point being the implementation of water charges.

Fianna Fail wants a suspension of the charges while they are re-examined by a commission, while Fine Gael wanted the controversial rate to continue regardless of any examination of them.

But this Wednesday, it appeared the two sides were coming close to an compromise with Jobs Minister Richard Bruton saying that water charges will be suspended while a commission looks at the future of Irish Water as part of a minority deal.

Taoiseach Enda Kenny held a meeting of the outgoing coalition cabinet on Tuesday night, with his comments in thanking ministers for their service being seen by many present as an indication another election is on the way.

However, Education Minister Jan O’Sullivan – who was present at the meeting – did not read Mr Kenny’s remarks in this manner.

The Labour TD – whose party has confirmed it will return to opposition following its heavy loss of seats in February – said she did not still expect to be a caretaker minister over eight weeks since the public went to the polls.

“I am as frustrated as every citizen is at this stage that we haven’t got to the point of having a government. I do think an election is what we need. I honestly do not think people will change their vote to the extent we are going to have any different configuration after an election,” she said.

Ms O’Sullivan criticised Fianna Fail for its “political opportunism” over water, saying that in calling for a suspension, there is a suggestion the party remains in favour of a charge it signed up to when last in government.

“The idea that this one issue is the most important issue stopping us having a government is not logical. To me, issues around health and housing are more important than paying for water,” she said.

But Fianna Fail frontbencher Niall Collins rejected this, saying: “We are going into opposition, and see the reality of the landscape where the vast majority of Dail Eireann do not want Irish Water in its present structure. We are saying to Fine Gael they need to realise this. They don’t get it, frankly, and they are not getting where the public are.”

Despite widespread speculation of a second election in quick succession, Mr Collins does not think this will happen.

He said: “Put yourself in Fine Gael’s shoes: would you compromise on water charges or face into an election? Which of those will cause Fine Gael the most grief? The answer is an election. I am still of the view Fine Gael will come to a point where they will realise and accept the vast majority of people in this country have an issue with Irish Water and with the present charging regime. They need to come to that realisation and put that issue into a commission and let it drag out the various issues over the lifetime of this Dail.”

Mr Collins also rejected public criticism of his own party’s pariticipation in minority government talks, saying: “They want us to fold on a major point of our election manifesto to allow us to go into government. What does that tell you about them? They just do not live in the real world. If we turn around now and do a U-turn on water charges, we will be remembered for breaking a political promise which will be fatal.”

County Limerick Fine Gael TD Patrick O’Donovan said the speculation of a second election has been “very unhelpful” – and believes a government will be formed.

“There is still a bit of discussion to be done yet, and people need a bit of space to do it. There are two negotiating teams, parliamentary parties need to be consulted, and when that process is over, we will have a government at the end of it,” he predicted.

On the issue of water, he said: “People have been paying for water in rural constituencies all their lives. Since Irish Water has been conceived, we have seen infrastructural improvements which have not happened before. A case in point is the Athea sewerage scheme.”

Speaking from Dail Eireann on Tuesday evening, newly elected Fine Gael TD Tom Neville said he would prefer not to comment on the make-up of a new government.

“I’m not going to prejudice anything by making any comment that may impinge on the negotiations which are at a critical and sensitive stage, and we will wait the outcome and delivery back to the parliamentary party,” he said.

The Dail will reconvene again on Thursday, and it looks likely that Taoiseach Enda Kenny will put himself forward for a fourth time as Taoiseach.

With Fianna Fail abstentions, he requires a bare minimum of 58 votes for his nomination to be successful.