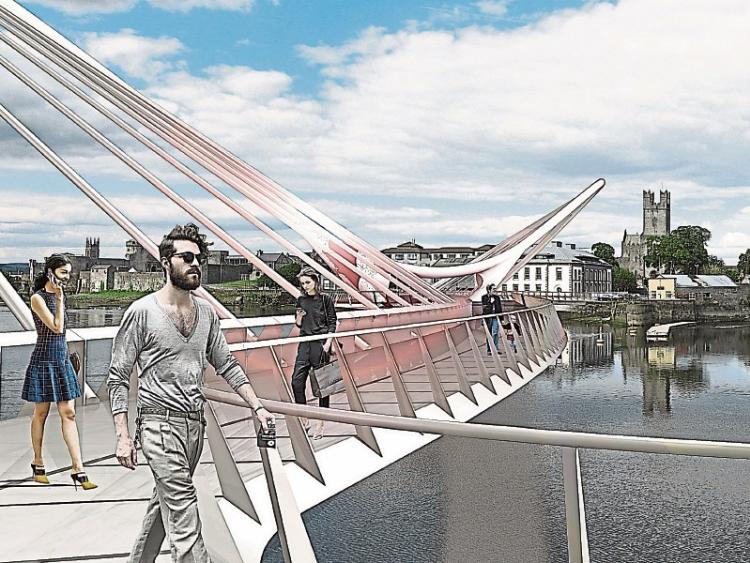 MORE than 100 people attended a meeting at the Strand Hotel last night to voice their opposition to proposals for a controversial footbridge in the city.

Alongside Failte Ireland and a private donor, Limerick City and County Council is proposing to build the link between the Potato Market across the Abbey River to Arthur's Quay.

But the project - which has a price tag of €18m - has proven controversial, with many feeling it could destroy the view of the city, with concerns also being raised about the impact on the current on the River Shannon.

It has also been pointed out the money would be better used elsewhere.

At last night’s meeting, those present were shown some new images of the bridge plan, which John Elliott, a member of the Footbridge Folly group, said could measure up to 75 metres in height.

During the presentation, the archaeologist and local historian said while King John's Castle has been around almost 1,000 years, most modern bridges are not designed to last more than 100.

Nicholas Street trader Tony Ryan said: "It would be a distraction rather than an attraction".

He pointed out Failte Ireland had promised investment in his street two years ago, "but now this has been dropped upon us".

And both Cllrs Michael Sheahan, Fine Gael and Labour's council leader Frankie Daly, vowed to block the bridge in its current format when it comes before members in the form of a Part Eight motion.

"It is a bridge too far," said Cllr Sheahan.