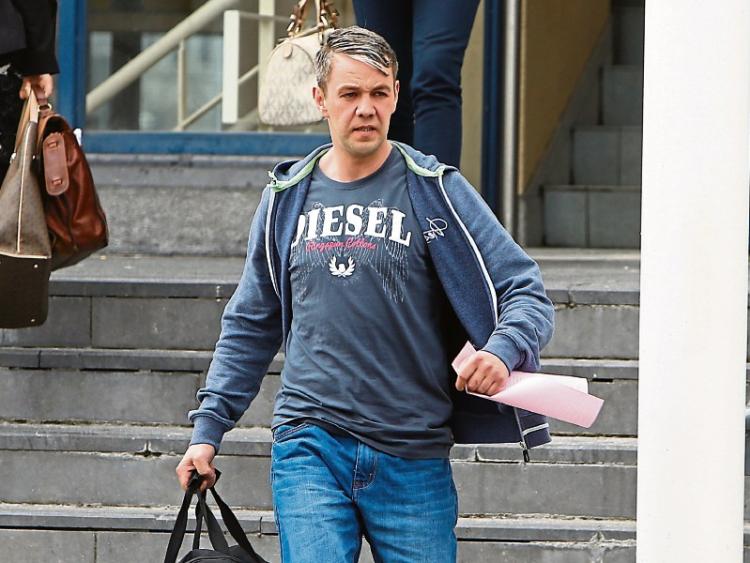 A LIMERICK man who gardai allege is a senior criminal figure has appeared in court charged in connection with a high-speed chase over the weekend.

Liam Keane, aged 31, of Singland Gardens, Ballysimon faces a total of ten charges relating to an incident on Saturday night.

He faces nine charges under the provisions of the Road Traffic Act and he is also accused of recklessly endangering the lives of other motorists on the N18.

This morning, Garda Dean Landers said the defendant was arrested in the Garryowen area of the city at 11.05pm on Saturday.

He was detained and questioned at Roxboro Road garda station where he was formally charged at 6pm on Sunday.

He said it will be alleged he failed to stop and that during a subsequent pursuit he drove at speed against oncoming traffic on the wrong carriageway of the N18.

The witness alleged Keane is a “leading member of a criminal organisation” and he said he does not believe he will abide by any bail conditions. “He is a volatile individual,” told Judge Timothy Lucey.

Limerick District Court was told the occupants of a car which was allegedly “clipped” during the pursuit later presented in hospital suffering from what were described as “soft tissue” injuries.

Solicitor Ted McCarthy said there was no evidence that his client represents a flight risk and he said he was willing to undertake not to drive if released on bail.

Following an objection to some of the garda evidence, Judge Lucey commented that the evidence before the court was “only an allegation” and that the “presumption of innocence” applies.

Despite the garda objection, the judge said he was granting bail subject to a number of conditions.

In addition to not driving any vehicle, Liam Keane must sign on daily, obey a nightly curfew and be contactable at all times.

Sergeant John Moloney asked that the case be adjourned to June 10, next for DPP’s directions.