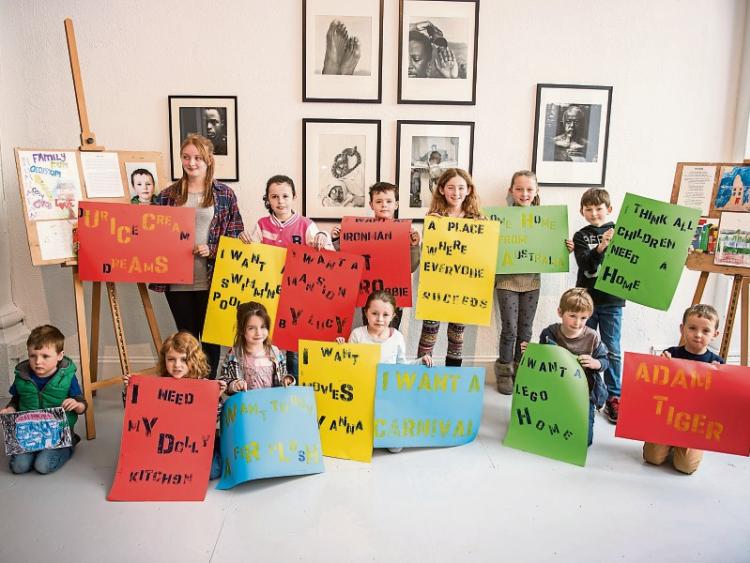 Kids get an insight into art and poetry at the Rumpus Kids Magazine launch Picture: Shane Serrano

FREEDOM of expression, democracy and politics were the drivers behind the third annual Limerick Spring Festival, which wrapped up yesterday evening.

During the week, events included the festival-opener Minding the Idealist workshop for those involved in campaigns; cake and coffee at the Salon Du Chat on Thursday; and a night of protest music celebration at The Revolution Will Not Be Spotified in Dolan’s, on Friday night.

Festival organiser Jennifer Moroney Ward said that the series of events was about “celebrating the idea of free speech”.

“We heard journalists, here, talking about the pressures that they are under, journalistically, to not voice opinions because of defamation laws, because they are afraid to speak out against various media owners.”

“It’s so important that everyone can say something in a safe place, and that everybody’s opinion would be listened to, respectfully. That is proper debate, and that is what should happen. And once you don’t do that, you are going down a very dark road.”

The festival ended with Paddy Cullivan’s ‘The Ten Dark Secrets of 1916 (And how they shaped Ireland)’ performance in Dolan’s.