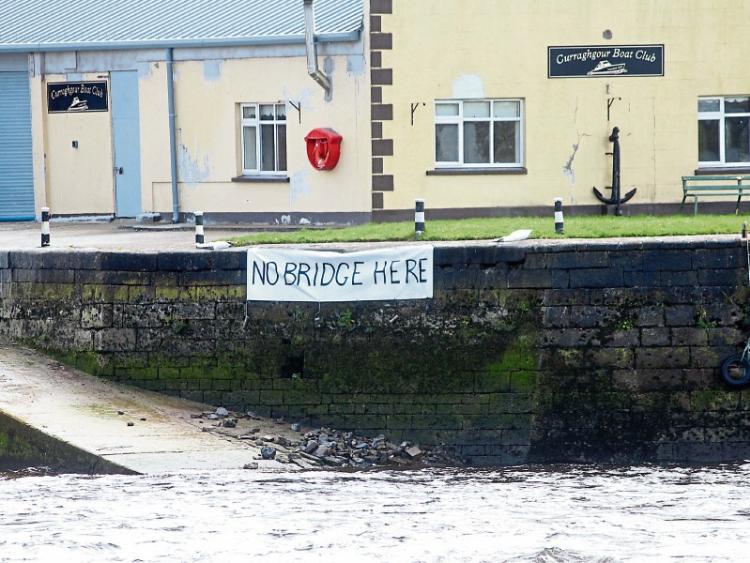 There is opposition to the controversial plans

A GROUP set up in opposition to a proposed new footbridge in the city is to hold a public meeting this Monday at the Strand Hotel.

The Footbridge Folly Action Group is also calling on stakeholders including councillors and Failte Ireland to attend the meeting – kick off 8pm – and have their say.

Limerick City and County Council has secured funding from Failte Ireland, and an anonymous backer for the bridge which will run from Merchant’s Quay behind the Potato Market. It has an estimated cost of €18m.

But the plans have proven unpopular with three former mayors among the high-profile figures speak-ing out against it.

However, this week, the current Mayor Liam Galvin said he “would not close the door” on the bridge.

With the local authority to lodge an application for the project shortly, councillors are to be shown further details of the plan in May.

“Even before they’ve told the council their plans, this bridge is already cost-ing millions” said Dr Catherine Swift, spokesperson for the group. “If the council painted its own properties in Nicholas Street, that would cost only a few hundred euro and it would indicate that they are serious about developing a positive image.”

She added the group – which includes members of An Taisce, the Curraghgour Boat Club, and the St Mary’s Men’s Shed Project – are not anti-tourism.

“There are many ideas out there about ways to contribute in a cost-effective manner but at the moment, nobody is listening to the ideas of Limerick’s citizens.  We should be encouraging events and maybe pop-up displays in and around the castle, including on Nicholas Street, Merchants Quay, the park by Arthur’s Quay and Thomond Bridge to create footfall in the area,” Dr Swift said.

Mayor Galvin said he had not formed a final opinion on the bridge. Unfortunately, he added, he will not be able to attend the Footbridge Folly action group meeting, due to a prior commitment.

But he added: “I’d be very interested to hear their views. What needs to happen is the lobby group should go and meet with the executive of the council responsible for this development. Some of their issues are quite trivial issues which can be sorted.”