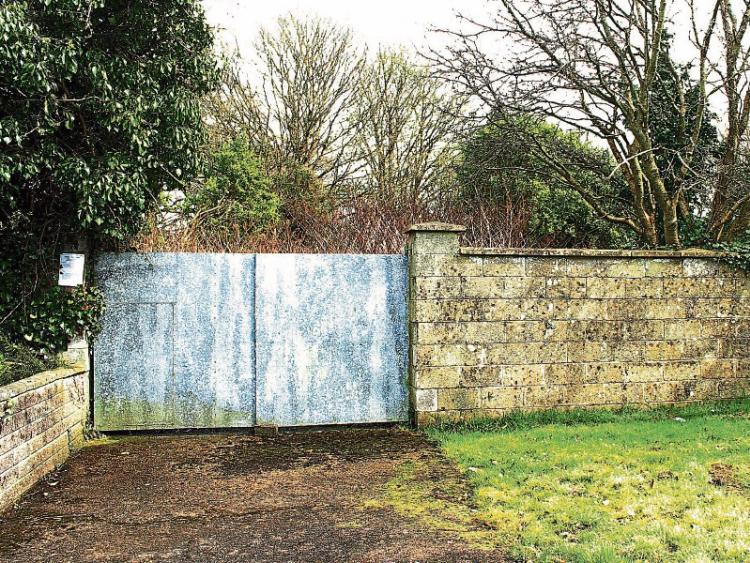 The site of the proposed development

LIMERICK city residents have expressed concerns over the potential construction of four new houses on the North Circular Road and a new Westfields site entrance, which was recently given the go-ahead by Limerick City and County Council.

Seventeen people in the Westfield Park residents' group and one local have appealed the council’s decision to An Bord Pleanála, with a final decision will be made by August 4, this year.

The development will consist of the construction of four houses in the “back garden” of Westfield House on North Circular Road, and a new site entrance at the back of Westfield Park.

Fianna Fáil Cllr Vivienne Crowley, who is chairperson of the Westfield Park Residents' Group, said that the community were concerned when they found out that the council had given permission to the project.

She claims that the development could have an impact on 15 to 20 families in the area, and negatively affect wildlife.

An application for the development was first lodged on March 24, 2015, and was given the go-ahead by the council on March 8, this year. Residents then lodged an appeal on April 1.

“The general mood at this stage is one of resignation. I think many thought it wouldn't get to this stage, but now that an appeal has been submitted, the residents are once again hopeful.

“The development has a host of ramifications, many of which we are still seeking clarity on. From serious personal concerns such as property devaluation to concerns affecting the wider community such as children staying safe when playing in the neighbourhood with increased traffic.

“Then finally there are major ecological concerns around conservation, preservation and most significantly the risk of flooding,” she added.

One resident, who also appealed to An Bord Pleanála over the council’s decision, said that the finished project would not be able to sustain increased traffic; there would be increased “nuisance” in noise levels; bin lorries would not be able to access the area during the construction; there would be no “turning circle” for emergency vehicles; and that it would affect wildlife in the area.

Cllr Crowley said that there had been a “lack of clarity” over the zoning of the green that will be used for the new entrance to the site, at the rear of the estate.

Efforts were made by the Limerick Leader to make contact with the successful planning applicant, but they were unavailable for comment.