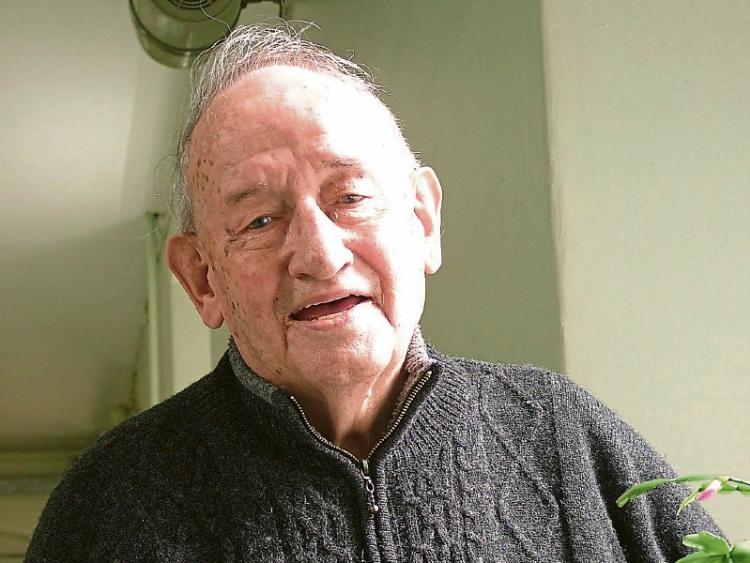 TRIBUTES have been paid to the late Fr Jim O’Connor, 91, described as ‘one of God’s true gentlemen’ who dedicated more than 60 years of his life to the Redemptorist order in Ireland and the Philippines.

Fr O’Connor, the last son of the “legendary seven O’Connor brothers” from Athlunkard Street in the city, died peacefully this Monday at the University Hospital Limerick.

He is predeceased by his brothers Coleman, Joe and Pat – all sons of one of the seven O’Connor brothers, who would have been very well known in Limerick through Garryowen rugby and Athlunkard rowing circles.

Jim, Jack, Joe, Charlie, Mike, Thade, and Brian played rugby for Garryowen and won 47 Munster Senior Cup medals between them, while Jack and Joe were capped for Ireland. They were also involved with Athlunkard Boat Club.

Their father John was also a founding member of Garryowen rugby club in 1884.

Local writer Denis O’Shaughnessy once described the brothers as “the city’s greatest sporting family; their exploits on the rugby and athletics field the stuff of legend”.

Born in Limerick on July 7, 1924 to Margaret, from west Clare, and James O’Connor, he was schooled at the Model and St Munchins, grew up on Henry Street and was professed in the Redemptorists in 1943, and ordained in 1950.

He spent two long periods of his life in the Philippines, first travelling there in 1952 and returning to Ireland in 1968, before leaving again in 1984 and returning home in 2005.

While he also spent briefer periods in America during the summer, his love of his time in Clare never left him. All the while, his family said, “he was Limerick through and through”.

For many years, before the digital age, his family would send him the Monday copy of The Irish Times to keep updated with all the sports news, as he followed every sport.

His niece, Mary O’Connor, said that while the playing of rugby didn’t penetrate his genes, he religiously followed the sport, and every other sport that happened to be on TV.

“He didn’t play it, but he certainly watched it and analysed it. He really was a sports fanatic. He was a fantastic correspondent in terms of the letters he wrote, and he always got back to everyone.”

”He sometimes joked, not in a boastful way as he was very humble, that the day he went into the monastery he left a string of broken hearts behind him. He’d say it with a wink and a nod. He has a great sense of humour, and loved the banter with his family.”

“He was a great reader, kept up to date with all the news, and excelled at quizzes and crosswords. He was very family orientated and loved his community, and was so loyal to his profession,” she added.

He loved a sing-song, and among his favourite songs were The West’s Awake by the Wolfe Tones, and South of the Border.

Dozens of tributes by the local clergy and the lay community have been paid to him in recent days on the Limerick Redemptorists’ Facebook page, where he was praised as “one of God’s true gentleman” and "a lovely, kind person, with a youthful spirit".

“He is also fondly remembered for his voice. He was a wonderful, wonderful singer,” said Fr Seamus Enright, rector of the Redemptorists in the city.

Fr O’Connor spent the last few years of his life in Carrigoran House, where was said to be quite happy and mentally alert right up to his passing.

“He carried his love of rugby with him all his life. Even on Saturday last, he had a great day analysing the rugby match between Munster and Connaght,” added Fr Enright.

His funeral Mass was held this Thursday, and he was afterwards in Castlemungret Cemetery.