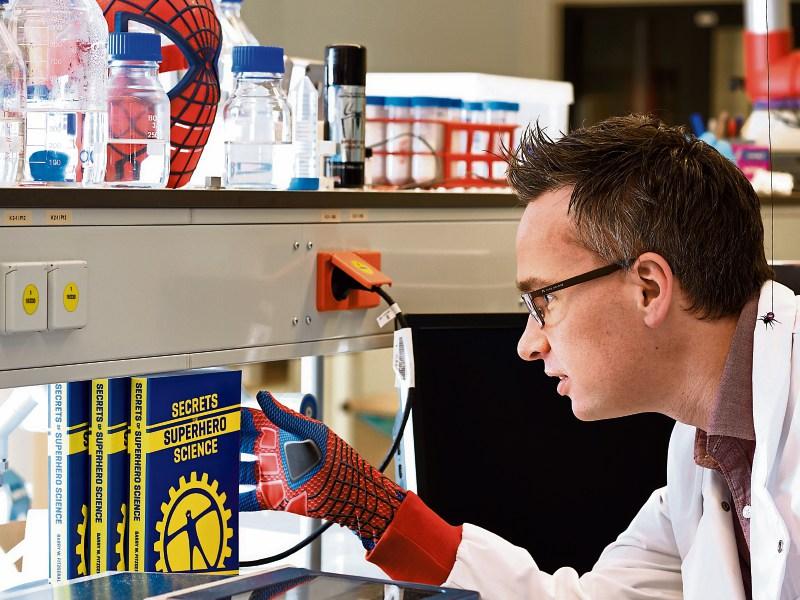 IN the inside cover of his book, physicist and self-confessed superhero “obsessive” Barry Fitzgerald offers a dedication to his nephews, whose future world, he writes, will be “super”.

The Mungret man, 36, a UL graduate, PhD holder and scientist who has worked in the physics field for some 15 years, has written Secrets of Superhero Science to combine his twin loves – you guessed it, science and yes, superheroes – but also to pass on the love of his profession to a younger generation, something he did recently with a workshop at St Nessan's Community College in Limerick - one of several schools around the country he visited.

Now living in the Netherlands where he works in the chemical engineering department of Eindhoven University of Technology, the Crescent College Comprehensive man was drawn to the world of maths, science and physics in school and later college, but it was two watershed moments in his life that had a transformative effect on him.

The first of these, he writes, was being born in 1979, almost a year after the release of the first Superman movie. The second, a sort of “Eureka” moment, was in 2000 and seeing Bryan Singer’s X-Men film in the cinema. A passion was sparked and a career was born.

“When you see somebody flying and has superhuman strength, you change your priorities and focus in life,” smiles Barry. “Things really started to take off in my head when I saw X-Men, it got me thinking differently I walked out of that film thinking ‘could I have these powers?’ I didn’t have any of the answers, and the book now is an attempt to answer my own questions.”

The superhero universe is big business, with an estimated 35 films slated for release – at a conservative estimate – by 2020. Fitzgerald uses the existing pulp fiction as a platform for delivering the scientific knowledge he possesses, in an engaging way.

The book poses, and answers, many questions, analysing iconic characters, their abilities and whether they could one day become real. Written in an engaging style that uses science in a gentle fashion, the Limerick man’s passion and love for superheroes, superpowers and science is laid bare.

“It is a healthy obsession – I mean there are worse things to be addicted to,” laughs Barry. “I manage to combine my day job, what I get paid to do, with one of my hobbies, in a healthy and constructive way. I approached writing the book like my job, as a project. When you write a scientific paper, you look at what’s out there at the moment, what people have done, or might actually do.

“The aim is to try and communicate science in a new, interesting and novel way and take out the complexity. And in the book, what I try to do, is hang of all that science, and explain it, using superheroes. It is quite astounding to go from being just a superhero fan to actually writing a book about the science behind them.” 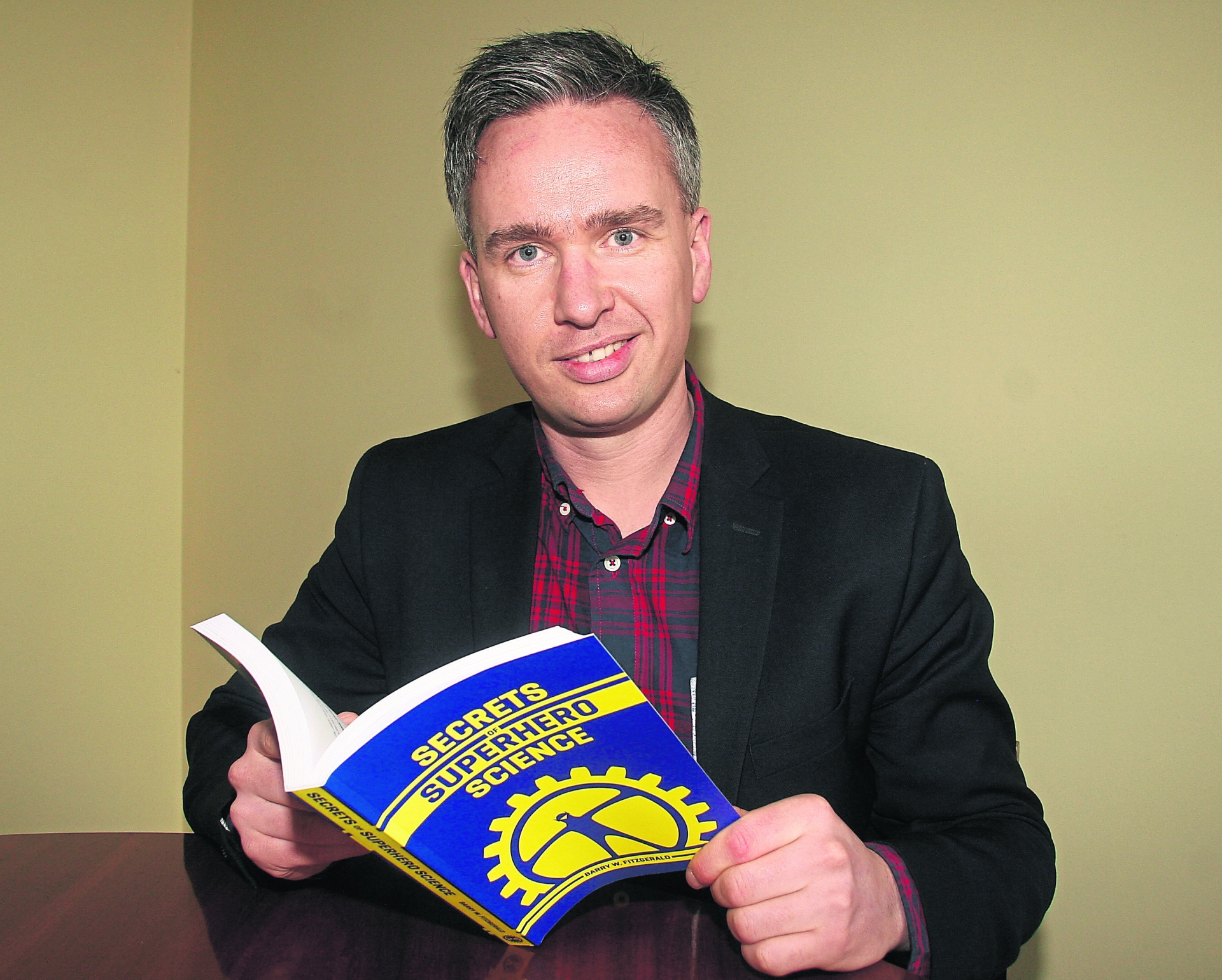 He draws some interesting conclusions, and says that some superpowers “may be closer than you actually think”. Think invisibility cloaks, graphene impenetrability suits, or an Iron Man device. But it is the possible influence on the leaders of tomorrow that most excites him.

“I think the book could influence people; not only informing those who have an interest, or who wonder ‘how does that actually work’, but it would be great to get this book into students’ hands, because they are the ones who are going to be making choices about future careers and developing these things in the future.” 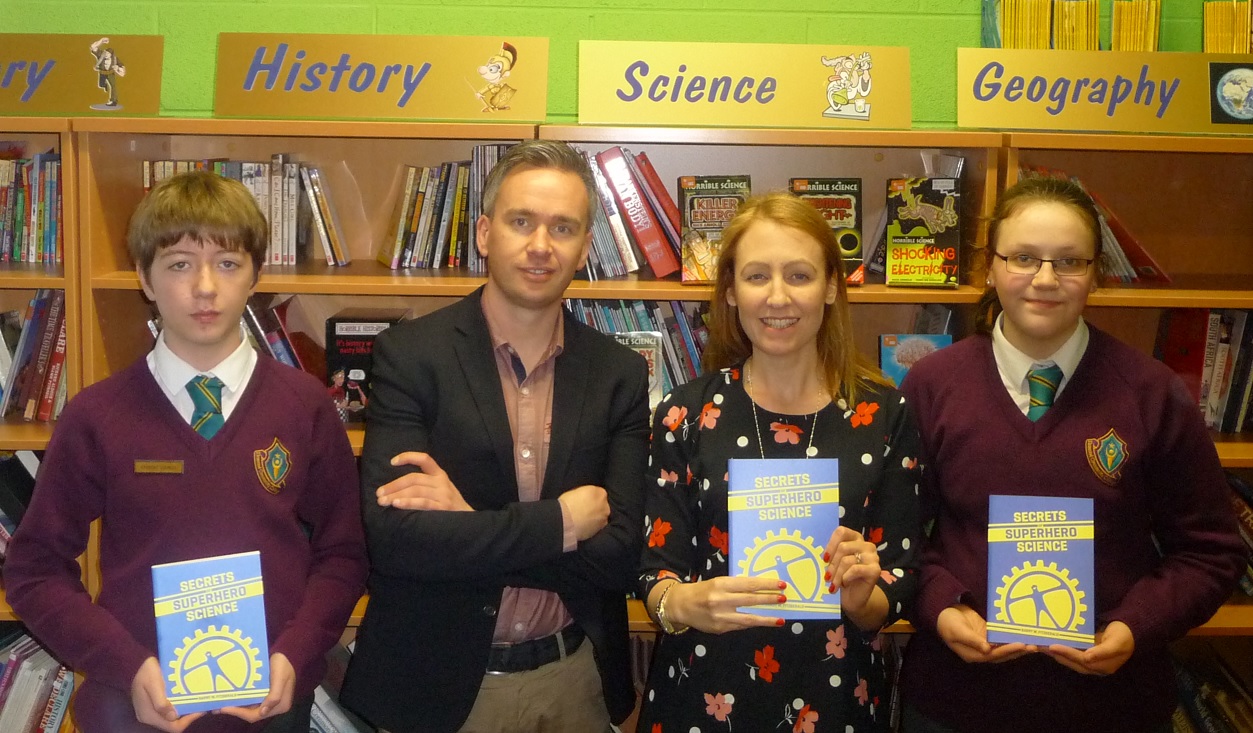 The book is available in the Crescent Bookstore and O’Mahony’s and can be ordered from www.bwscience.com.