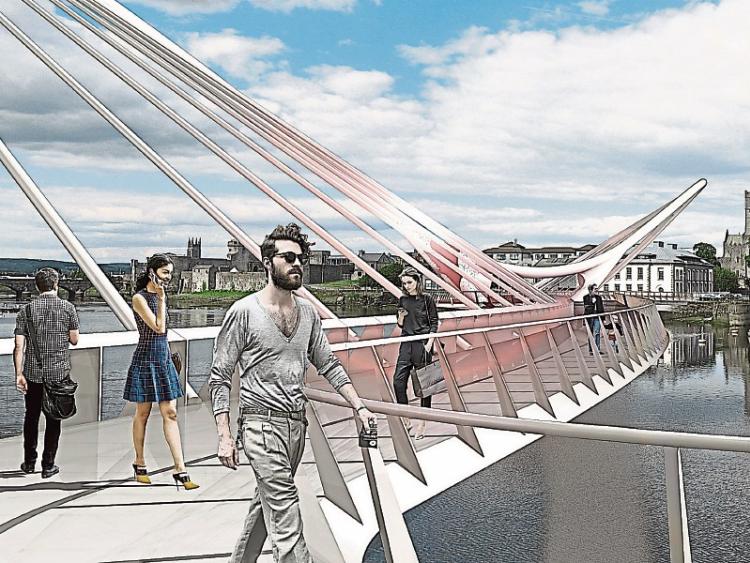 THE city manager, Conn Murray and local representatives of Fáilte Ireland have been invited to a public meeting on Monday, regarding the proposed footbridge across the Shannon in Limerick city.

There has been plenty of opposition to the proposal for the new walkway which could cost €18 million with €10 million of that coming from an anonymous donor. More on the exact nature of the proposal for the footbridge and its funding will be revealed to local councillors at a meeting next month.

The Footbridge Folly Action Group is holding a meeting at the Strand on Monday at 8pm “to discuss the bridge in the context of overall development plans for the city.”

“If the council painted their own properties in Nicholas Street, that would cost only a few hundred it would indicate to all that they are serious about developing a positive image of the city for visitors,” said Dr Catherine Swift, a spokesperson for the group.