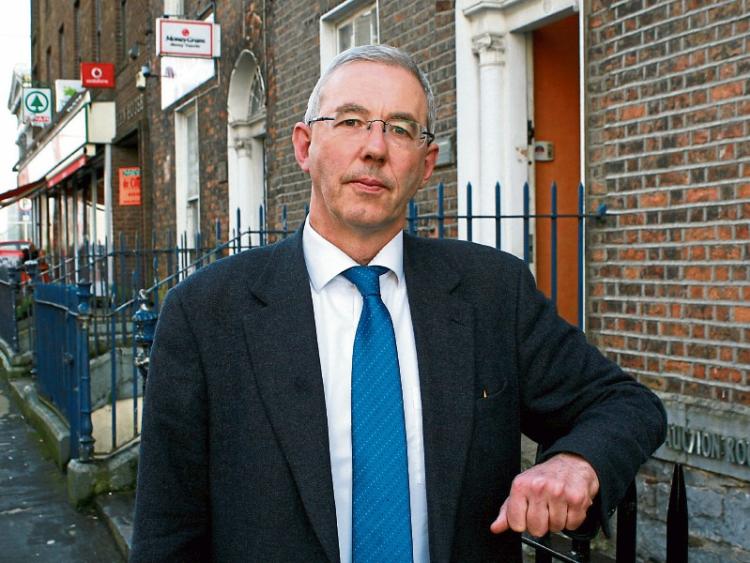 Solicitor Ger O'Neill and below, the letter sent by Permanent TSB seeking repayment of 1 cent in arrears

PERMANENT TSB sent two letters to a County Limerick couple asking for the sum of one cent — which was outstanding on their mortgage – to be paid “today”.

The letters –  given to the Limerick Leader – state that the arrears amount is €0.01. The bank writes: “We trust you will make this payment today” and adds: “If you’re worried about your mortgage repayments, talk to us.”

The home owner, who did not wish to be identified, said it was “absolutely ridiculous”.

“When I opened the letter I couldn’t believe my eyes. I had to show it to my husband and ask him, ‘Does that actually say one cent?’ 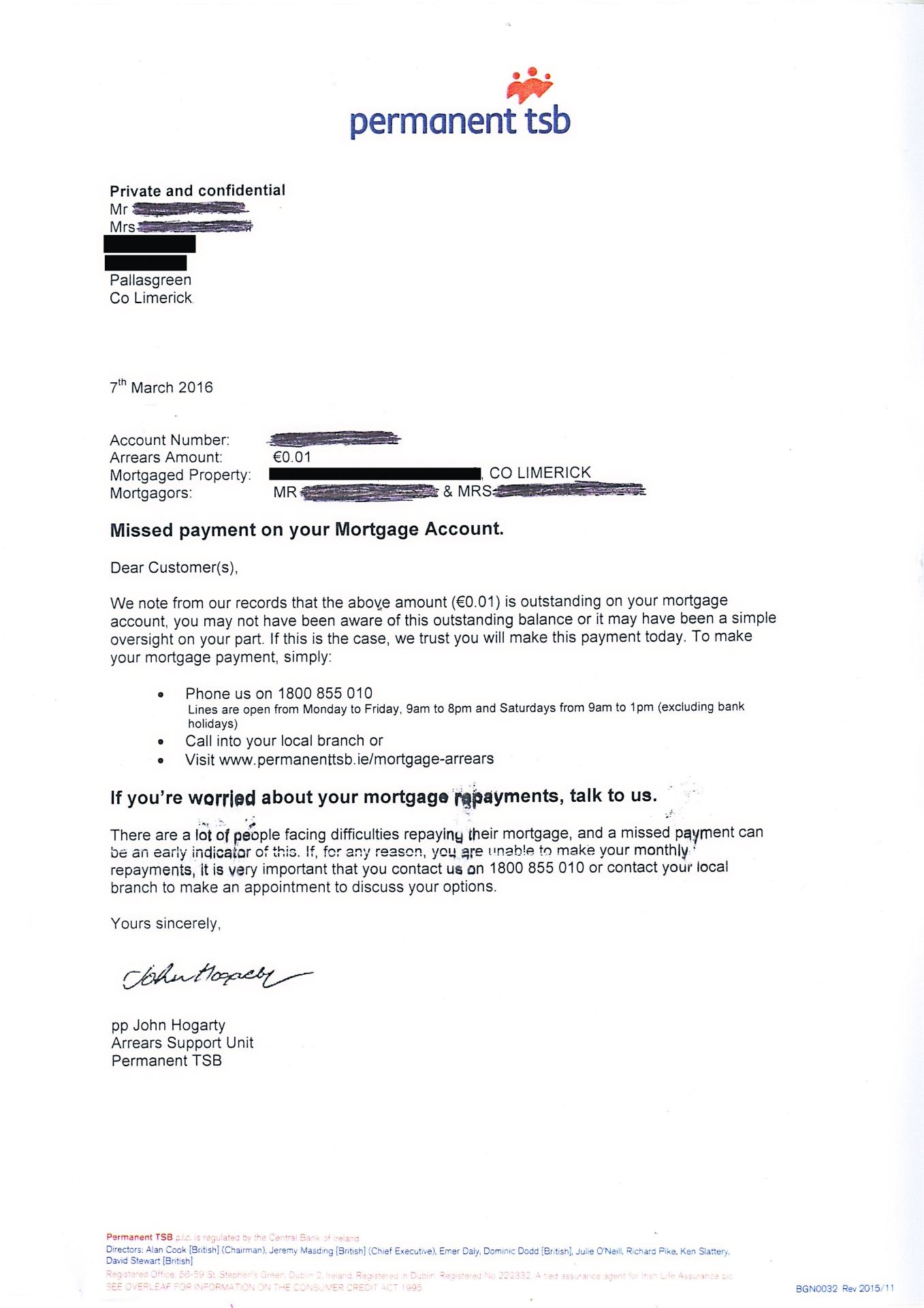 “We were laughing because they would hardly accept one cent at the counter if you went in or if you tried to pay it over the phone. It makes no sense, or cents!

“We got a second letter then - two letters looking for one cent in the space of a week. I mean the cost of one stamp is 70 cents,” said the woman, who resides in East Limerick.

She says she cannot understand what the anomaly is as the money is taken by direct debit.

”I haven’t done anything about paying it yet. I don’t know how I’m going to pay one cent unless I get time off work to actually go down and pay it. I don’t think they would take it off a card as it is too small.

“I showed it to my work colleagues, they said this is unbelievable and should be highlighted,” she said.

Limerick solicitor Ger O’Neill, based at  Glentworth Street, represents a number of clients facing home repossessions and has been a vocal critic of some banks “very aggressive and threatening manner” towards clients.

He gives an example of one of his clients in mortgage arrears, who is under extreme stress and has been suicidal.

“I have written to them, telling them don’t write to her at home – you could put this lady over the edge. I will get a written authority from her and please address everything to me. The next thing is she gets a letter at home saying, ‘We will now be dealing with your solicitor’.

“She is panicking when she sees a letter coming in from the bank. Then a month later she gets the automatic letter with your account is in arrears etc - the same thing again. I talked to who I was dealing with, who promised not to do that, and they don’t know anything about it because it is automatically coming out. It is dreadful.

“​I think what happens is if you are behind, the system triggers it and it doesn’t matter what the figure is - whether it is one cent or five thousand or 55 thousand. I don’t think the system seems to recognise the difference,” said Mr O’Neill.

Another of his clients was threatened with a receiver because he missed a mortgage payment but only had €5,000 to pay off on a property worth hundreds of thousands of euro.

“I mean the mind boggles. He might have missed a month or something but the house was worth a couple of hundred thousand. The repayments weren’t even that big.

“I think in the end he organised to pay the whole amount off. And he would have been a customer for over 20 years and would have paid off a couple of hundred grand then suddenly you get threatened that a receiver will be appointed...” said Mr O’Neill. “Unless they start realising they are dealing with people then there is going to be no change,” he concluded.