Limerick council accused of 'abuse of position' on footbridge

BRIDGE: OPPOSITION TO €18M PROJECT ALL SET TO CONTINUE 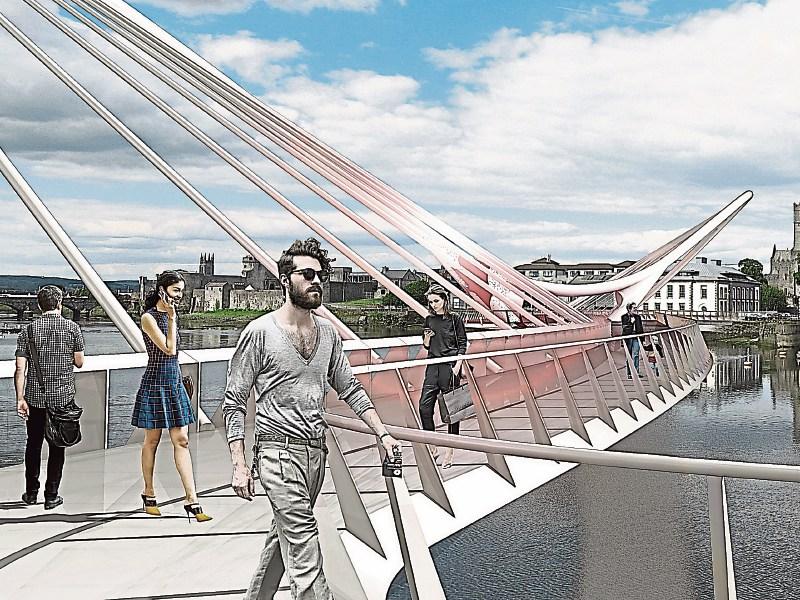 An artists rendering of the proposed €18m footbridge on the Shannon, which has divided opinion

A GROUP set up in opposition to a €18m footbridge in the city has accused council management of an “abuse of position” over the project.

The ‘Footbridge Folly’ action group says an “executive decision” appears to have been made to build the bridge – which is planned to be located behind the Potato market – and the “democratically elected councillors” who represent Limerick people have had no say.

The bridge has divided opinion, with many parties, including the Footbridge Folly group saying it will impede the views of one of the most beautiful parts of the river, and it will obstruct existing rights of way.

Council boss Conn Murray has countered the bridge has the potential to be “iconic”, and the design would be done in a “sensitive” manner so as to “protect the old and the new”.

But the action group says there has been a “notable lack of transparency” around the project.

“Very little information [is] existing in the public domain except for vague and ambiguous press reports,” the group said in a statement. “Calls for information have been met with silence.”

A council spokesperson said a full report on the footbridge will be made at the May meeting: “Should the project proceed, the council will as part of the design and application process hold information workshops and invite inputs from all stakeholders and interested parties."