Darren Shan exits the Zom-B world with another hit 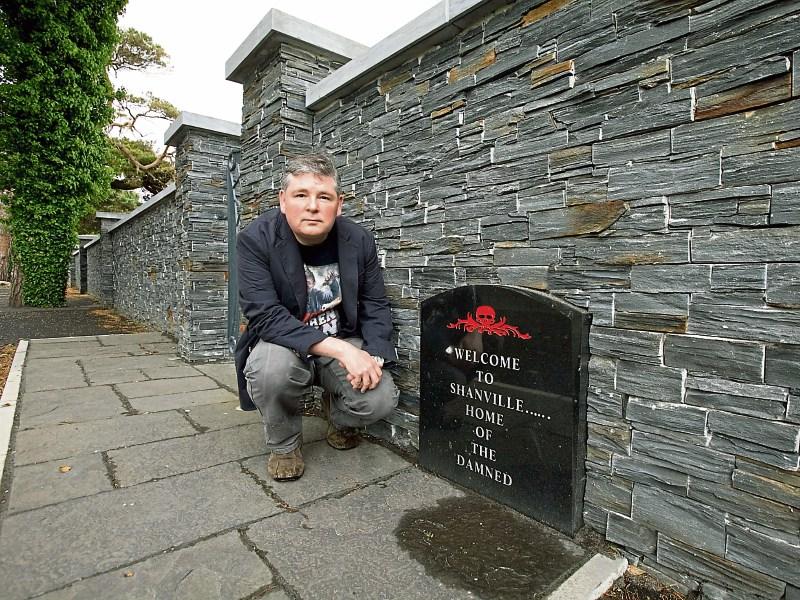 Author Darren Shan is saying farewell to his Zom-B series

AFTER seven years inhabiting a world of terror and horrifying twists Limerick author Darren Shan is ready to say a farewell to the characters of his epic Zom-B series.

This month heralds the release of the 12th and final book in the Pallaskenry man’s Zom-B series which has been engrossing readers for the past four years.

In the heart-stopping finale, Zom-B Goddess, Darren delivers his trademark gore, fast-paced action and thought-provoking moral questions. What will become of B Smith? Is the apocalypse really upon us? The stories’ vivid descriptions are graphically brought to life through the illustrations of acclaimed comic book artist, Warren Pleece.

“It was a long series. I was about seven years I think working on it from the start to the finish which is a long, long time to spend in one world with one set of characters. As the same time it nice to be getting out too. It’s a long period of your life to devote to something,” the 43-year-old author told the Leader this week.

The high-octane writing reflects the serial format of the Zom-B series, which has been continuously satisfying the appetite of Darren’s bloodthirsty fans with new material since 2012. The father-of-one put the Zom-B Goddess to bed around a year ago.

“Especially with a long series, it is nice to get that final book. You are wondering how it is going to play out and what it going to happen. That anticipation, waiting for it, is all part of the fun.

“With Zom-B I knew that it was going to take a lot of books and I knew it was going to be long haul. The final book is really bringing everything to closure - it’s a very natural progression. Everything leads up to this point. There is a huge action-packed fight in it and a few big twists. It is getting a really good response. It came out in the States a week or so ago and the feedback has been very good,” he explained.

The Telegraph has described the final offering in the Zom-B series as “a clever mix of horror, fantasy and realism... gripping”.

Darren’s books are now on sale in 39 countries, in 31 different languages and have achieved children’s bestseller status worldwide. In total, his books have sold over 25 million copies.

The acclaimed author divides his time between his homes in Limerick and London with most of his time spent in Pallaskenry with his wife Bas and their 18-month-old boy, Dante.

“I am trying to enjoy him as much as I can because I am working from home. The sleepless nights aren’t fun but he’s great,” he smiled of the toddler.

“There are big changes. I went on a bit of a go-slow after he was born. He has been great. I am trying to enjoy him as much as I can.”

Darren is currently working on a new series but is remaining tight-lipped about the details.

“It is still early days so I can’t say too much about it at the moment.”

He did however reveal that he has been working on the project for a couple of years already.

“I like to start well ahead of the publication schedule to get things nicely lined up. I like to be ahead of the game and deliver the books on time and keep them coming like an express train.”

He is preparing to embark on a farewell tour of the Zom-B series which will include an after-school event at Easons, Limerick on Friday, April 15.