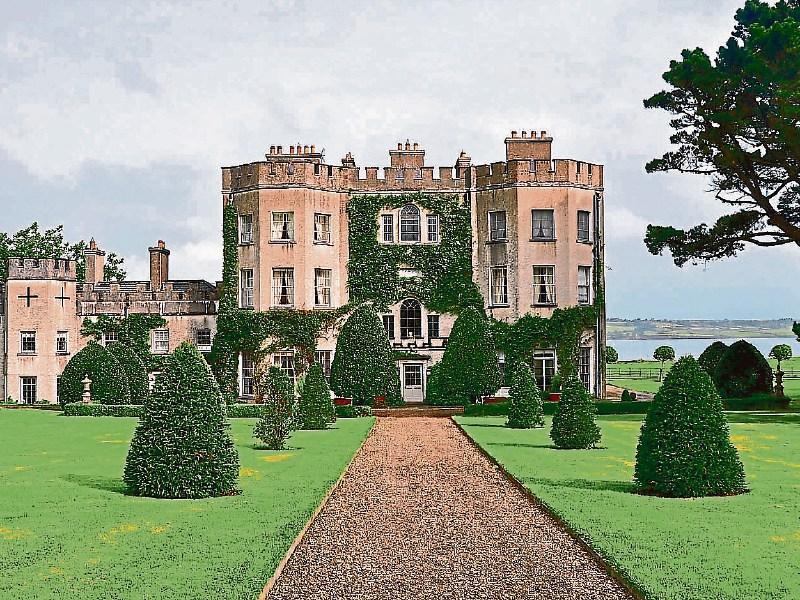 Dominic West (pictured below on his wedding day to Catherine FitzGerald, with the Knight of Glin Desmond FitzGerald and his wife Olda) says castles like Glin Castle ‘must be opened up to the public'

ACCLAIMED actor Dominic West has expressed his wish that Glin Castle will be preserved as a tourist attraction as, he says, it is of “huge benefit to the tourism industry”.

The thespian, who is married to Catherine FitzGerald, a daughter of the last Knight of Glin, Desmond FitzGerald, said the castle is an important part of local history and should be preserved.

Desmond FitzGerald  died in September 2011 and the title died with him as he had no male children. Despite a lifetime devoted to keeping Glin Castle going, the task became too onerous for Catherine’s mother Olda and the castle was put up for sale last year with an asking price of €6.5m.

“It is of huge benefit to the tourist industry as well so I think that these are places that must be held onto as much as possible and they must be opened up to the public for everyone to see and to enjoy,” said Dominic West.

The star of the small screen and stage who rose to prominence for his portrayal of the of Baltimore detective Jimmy McNulty in the gritty HBO crime drama The Wire, and who starred more recently in Sky Atlantic’s blockbuster The Affair, was speaking in Ballybunion where he read The Proclamation during a special 1916 commemoration event on Saturday.

He was invited by acting diaspora minister Jimmy Deenihan to take part in the commemoration.

The actor, who is based in London with his family, has retained strong links with Glin. The family have enjoyed many holidays in the castle and Dominic has taken part in a number of activities in the local community including the annual Estuary Swim from Clare to Glin and has even enjoyed a few hair-raising outings with the local hunt, North Kerry Harriers. 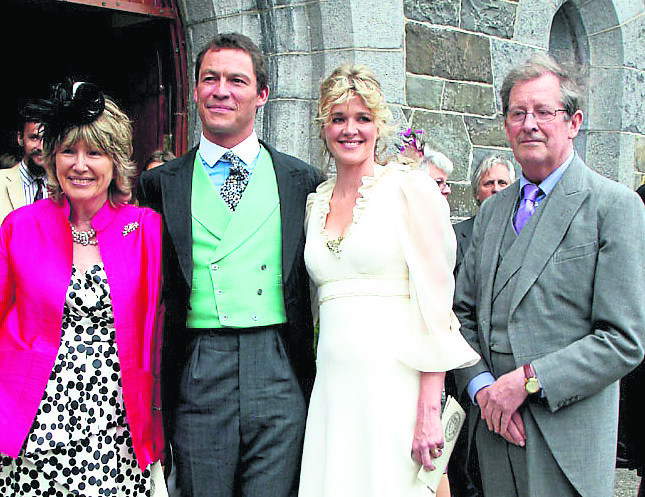 “I was talking to someone in Glin village the other day who said Foynes has got the Flying Boat, we’ve got the castle - everyone has to have a reason to pull over on the road and to spend money in our towns, and in our pubs and restaurants,” he said.

Glin Castle has been the ancestral home of the FitzGerald clan for 700 years.

The castle is surrounded by some 380 acres of mature parkland and is positioned overlooking the Shannon Estuary.

For years every effort was made to keep Glin going as a residence, firstly in the 1970s when the family rented the house to rich international contacts the late knight had made during his time working at the Victoria and Albert museum in London. Guests have included Mick Jagger, Marianne Faithful and Talitha Getty. In later years Desmond and Olda refurbished the top floor – which had never been set as accommodation – and added bedroom suites to operate the house as a country hotel from 1993 to 2008.  Madame Olda also oversaw the restoration of the gardens and in particular the walled garden.

Speaking previously Catherine, a  landscape architect said the family is conscious of the decision to sell given the FitzGerald’s ties with the surrounding lands.

“We would have loved to carry it on, but the practicalities of it are a full-time job. I work in gardens all over, my husband is away a lot in the US, and this isn’t something that can be managed remotely,” she said.

“We would love someone who has a feeling for the house’s provenance and history to take it on, and love it as we have.”