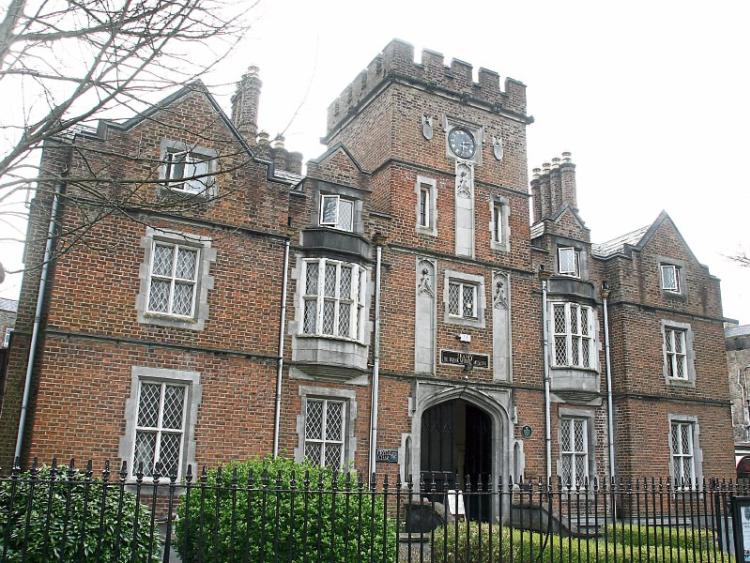 THE HOME of the Frank McCourt Museum – Leamy House on Hartstonge Street – has been put up for sale at the next Allsop auction in Dublin for a minimum guide price of €140,000.

The property, which went on the market in recent years on the instructions of a bank, with a €325,000 price tag, is now for sale again for a fraction of that figure due to a number of infrastructural issues with the building.

A spokesperson for Allsop said that since they announced the lots to feature in the auction on Friday last it has been the most popular enquiry to date.

They said that the property – which was formerly the school of the Pulitzer Prize winning Angela’s Ashes author – represents “a good investment opportunity in Limerick city centre”.

“The building has over 10,000 sq. ft of vacant space and it would be suitable for offices. Such demand for city centre office space in Limerick has grown in the past six months as can be seen from the sale of 17-19 Patrick Street prior to our last Allsop private auction which is encouraging to see.

“Although the building requires works in the vacant space, there is a current rental income of €23,500 per annum which provides a potential investor comfort in buying.

Part of the Tudor Revival style building is let for storage to Holmes O’Malley Sexton solicitors, yielding €10,800 per annum, while the McCourt museum contributes €100 per annum on an “informal tenancy”, which has been in operation for the past five years. It’s understood that existing tenants won’t be affected by the sale.

Una Heaton, the artist who curates the museum, was not available to comment before going to print.

It was formerly owned by Ms Heaton’s husband John. The property, which dates back to 1860, was purchased by his father Jack Heaton in 1956 – three years after it ceased being a school. He opened a factory there producing men’s suits, and employed over a hundred workers at one time.

Over several floors, the museum houses many important artefacts relating to the life of the award-winning author, whose account of a miserable Catholic childhood in Limerick after moving from New York propelled him to literary stardom in his 60s.

Among the items on display include a portion of his ashes, the manuscript of ‘Tis, cuff-links given to the author from former US president George Bush, a collection of his rosary beads, his personal copy of Angela’s Ashes which he read from in readings around the world, and the robes he wore when he was conferred with an honorary degree from the University of Limerick.

The auction will take place on Thursday, April 28 next. It features a number of Limerick lots, mainly residential properties across the city and county. A vacant, first floor two-bed apartment in Steamboat Quay is for sale for €40,000, and four units in Thomond Student Village, Old Cratloe Road, have a reserve of €80,000 to €100,000.

No 5 Market Place, High Street – the home to Casa Nova restaurant – has a reserve of €90,000. The lease expires in 2020, and it has a contractual rent of €13,200 per annum. In Kilmallock, an end of terrace two-bed townhouse on Lord Edward Street has a reserve of €35,000. The two-storey property has a communal courtyard to the rear. A three-bedroom semi-detached house in Kildimo has a reserve of €130,000.