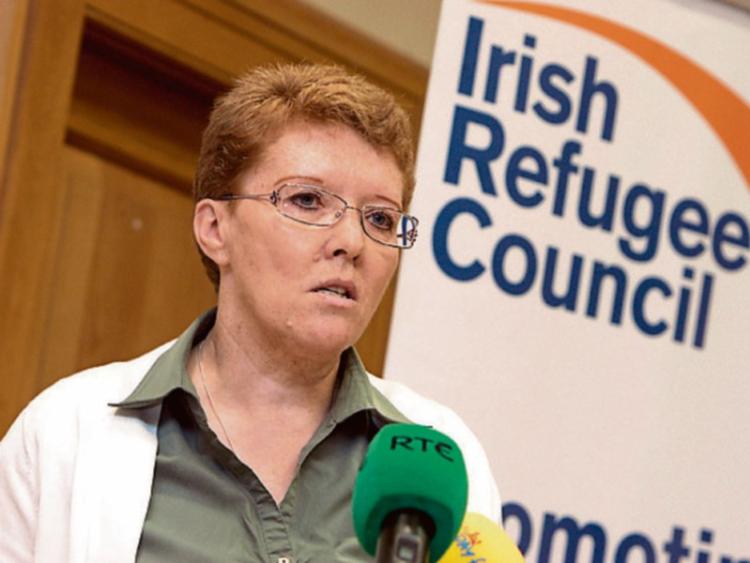 'There was clearly no balance, no corroboration or counter to the sentiment expressed throughout the piece' Sue Conlan, chief executive of Irish Refugee Council

THE IRISH Refugee Council and the European Network Against Racism Ireland have criticised an article in the Limerick Post newspaper, which they say could give rise to incitement to hatred.

The article centred on claims from one unidentified staff mem-ber in an unnamed direct provision centre, who claimed that staff “have been subjected to physical attacks and mental abuse by individuals and gangs of radical Muslim men living in the centre”.

The article alleged that management at this centre are “frightened to take any action because there are no security officers on the premises, and they are afraid that the radicals will be backed up by other asylum seekers who have cheated the direct provision system”.

There has also been criticism that the piece online was accompanied by a picture of a crowded boat carrying refugees across the Mediterranean to the safety of European shores.

Doras Luimni earlier this week expressed strong concerns about the article – views which have now been echoed by the Irish Refugee Council, and others, after the Post said they are standing by their story.

Doras Luimnί said they can confirm that no reports or allegations of “extremism” have been brought to the attention of the gardaiί in Limerick to date, and that they have now raised and reported the allegations made in the article to the authorities.

“These can be clearly classified as inflammatory remarks which have the potential, if not the intent, to label asylum seekers and particularly Muslim men in an extremely negative light that can only generate fear, suspicion and hostility,” it said in the statement.

Sue Conlan, chief executive officer of the Irish Refugee Council, said: “There was clearly no balance or attempt to give ‘voice’ to any other actors beyond one individual and therefore no corroboration or counter to the sentiment expressed throughout the piece.

“The fact that the article was based upon the statements of a worker in a direct provision centre is not sufficient justification to mitigate the accusation that the Limerick Post could be accused of inciting racial hatred.”

“We will spare no effort to defend our commercial and reputational interests in the face of an orchestrated social media campaign that is designed to stifle the very concept of freedom of the press.”

But Ms Conlan said that this accusation by the Limerick Post was “misplaced”.

The Post’s spokesperson said that before publishing the report, they interviewed the immigrant worker on two separate occasions, and also secured video and documentary evidence that the assaults occurred as stated and that they were reported to gardaí at the time.

“We also have statements from asylum seekers in Limerick direct provision centres testifying to incidents of intimidation and expressing concern over increasing radicalisation among recent arrivals to the centres,” they said.

Ms Conlan said that the assertion of evidence held by the Post, “still not disclosed, does not appear to substantiate the allegations of radicalisation or threats by Muslims and does not diminish the paper’s responsibility for casting doubt upon a very wide group of people, many of whom are survivors of the type of abuse that they seem to accuse asylum seekers of.”

Shane O’Curry, director of the European Network Against Racism Ireland, said he is “extremely concerned about the article’s widespread use of uncorroborated statements from a single source to create and reinforce wide-sweeping generalisations about Muslims that are just not true.

“For example, the article reports a single source as saying, ‘So many hardworking taxpayers, including myself, have been the victim of physical attacks and mental abuse by individuals and gangs of radical Muslim men’. The statement would leave one to believe that this is a common occurrence in Ireland.

“The article also cites the same source as claiming that asylum seekers and human rights defenders are seeking more rights for asylum seekers than ‘some full Irish citizens’.

“Again this statement is plainly ludicrous, and yet is unchallenged, unverified against any authoritative source and uncorroborated, but is instead reported as fact.

“The overall effect of the article” said Mr O’Curry “is to create an impression about Muslim asylum seekers and Muslims in general which resonates worryingly with European far-right discourses, that have been documented across Europe, about threats from Muslim ‘hoards’ and ‘gangs’ abusing our society and institutions, when the reality about Muslims in Ireland is the diametrical opposite.

“In fact, these far-right discourses are closely associated with a rise in physical attacks against Muslims across Europe. The Limerick Post needs to be mindful that it is not contributing to this.”