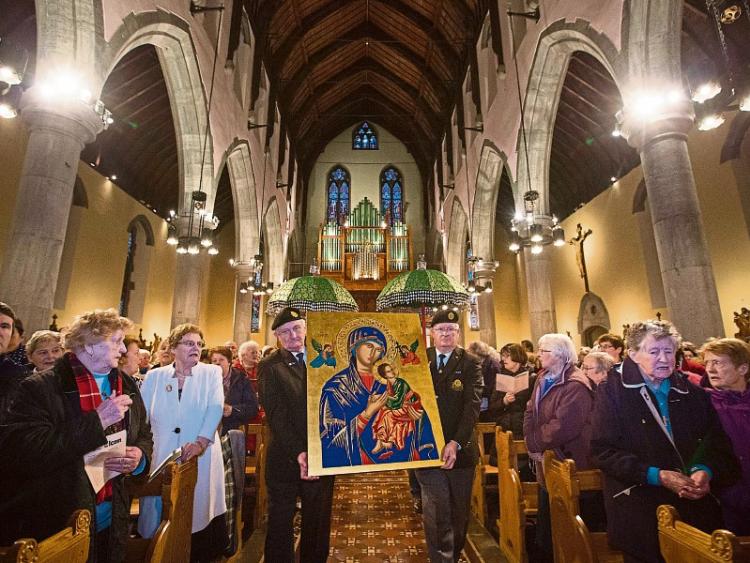 HUNDREDS of people took part in a “moving, emotional and joyous” ceremony in Limerick city this Monday night, to celebrate 150 years of the Redemptorists’ devotion to Our Lady of Perpetual Help.

Fr Seamus Enright, rector of the Redemptorist order, was among those who led the procession through the city’s streets, from its church at Mount St Alphonsus to St John’s Cathedral.

Up to 400 people spilled out of the church after the 6pm mass, to follow a replica of the icon of Our Lady – which was blessed by Pope Francis in the Vatican in Rome – as it brought the city’s streets to a standstill. 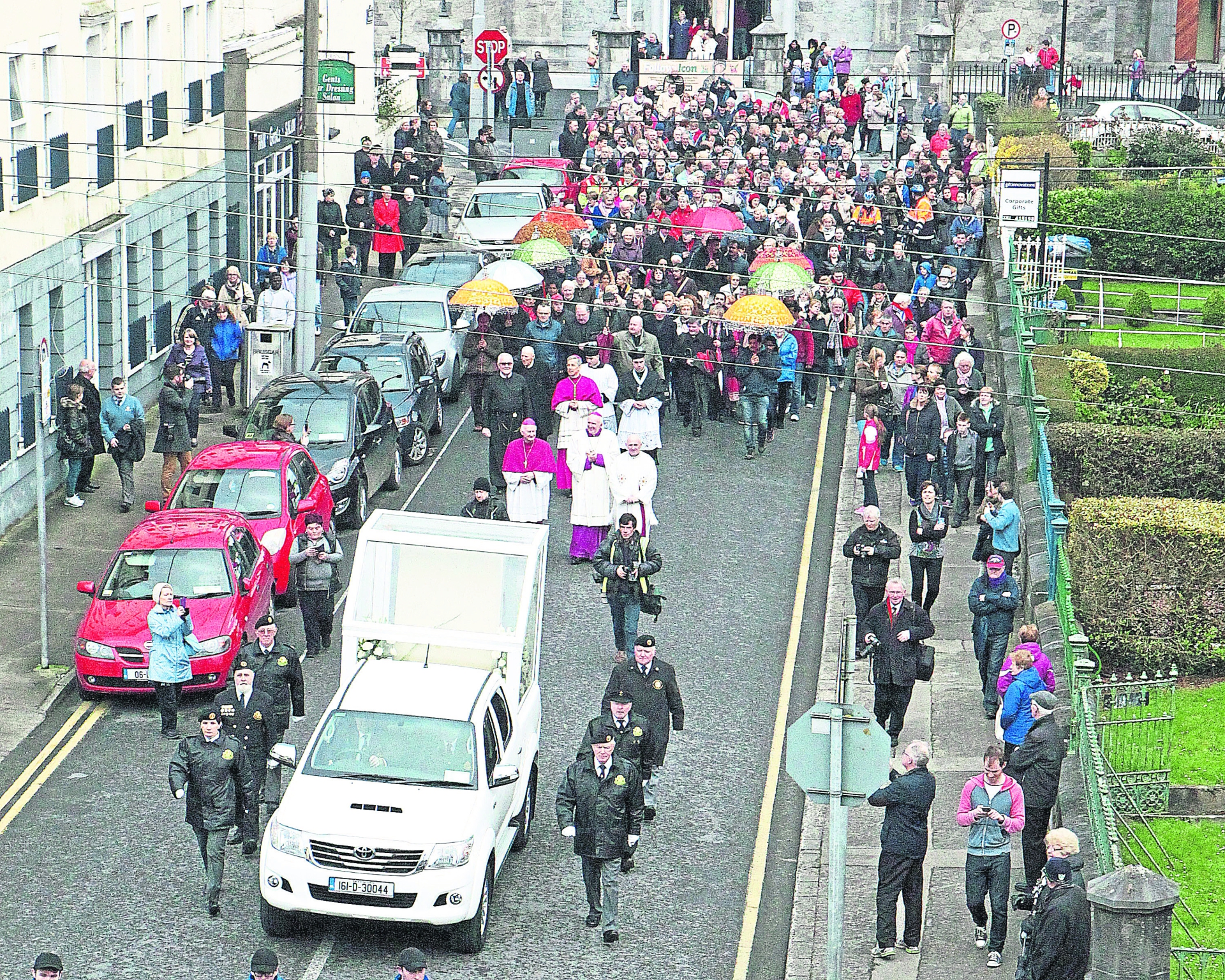 The Bishop of Limerick, Dr Brendan Leahy, was among those who met the Pope in the Holy City recently, and said his eyes again lit up when Limerick was mentioned.

“He has a soft spot for Limerick, and why wouldn’t he, of course” the Bishop told the congregation in the South Circular Road church.

“I think it really is a providential sign for us – Our Lady is with us in Limerick. She will untie any knots that occur in our lives. This day, this moment, this occasion is an opportunity for us to entrust ourselves in a new way, in the presence of the Papal Nuncio. Let’s go forward together.”

The Papal Nuncio, who was previously in Limerick for Bishop Leahy’s ordination, said it was his first time in the Redemptorist church, and said his “breath was taken away by the beauty of this house of God.”

Many of the clergy and its lay volunteers had spent weeks, if not months of preparation for this occasion. Dozens of people volunteered their time on the night, including the Order of Malta, and the Organisation of National Ex-servicesmen (O.N.E) amongst others.

Fr Enright, who was accompanied by the Papal Nuncio to Ireland, the New York-born Archbishop Charles Brown, was in exalted mood as they commanded the streets for a once in a lifetime event.

“There’s a joyous, festive atmosphere. It’s not often we see an event like this through the city’s streets. It gives people the opportunity to profess their faith. We’re delighted that the Indian Catholic community, a very old community which can trace its origins back to St Thomas, one of the apostles, have joined us. There has been great representation from the Filipino community and the Polish community.”