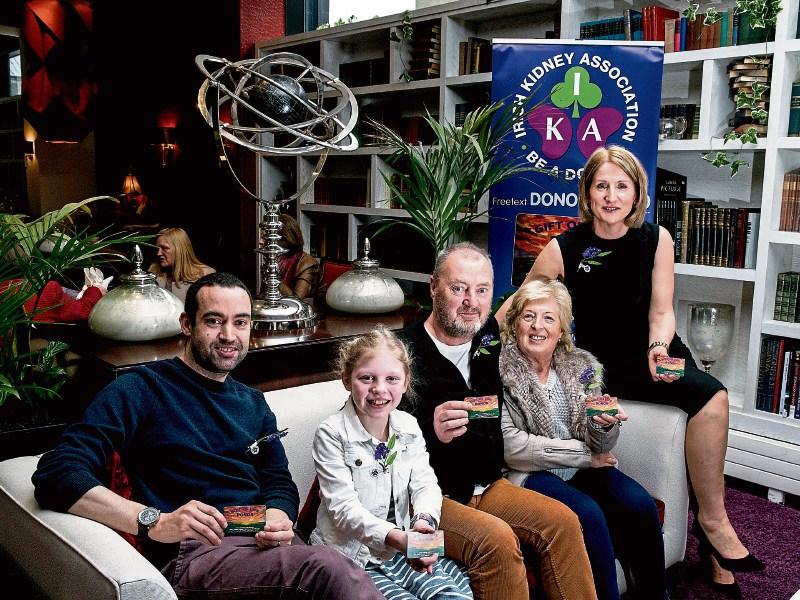 A-NINE-YEAR-OLD County Limerick girl epitomises the new lease of life that an organ donation can give.

Tara Madigan, Castleconnell, who underwent a life-saving liver transplant four years ago, is in training for the British Transplant Games in Liverpool.

Tara joined with Jon Kenny and others who have received the gift of life to highlight Organ Donor Awareness Week which takes place from April 2 to 9. Organised by the Irish Kidney Association, it is to raise awareness about the ongoing and ever increasing demand for organ transplantation which relies on the public to sign up.

Sean and Anne Madigan say they can’t describe how proud they are of their daughter who will be representing Ireland in the games.

“However, the real reason we can be proud is due to the amazing kindness and forethought of a young lady in the UK who carried a donor card and told her parents that if the scenario arose she would like her organs to be donated.

“This young lady saved, as far as we know, four lives through her liver, lungs and kidneys. She is always remembered in our house. Tara’s new liver has literally given her a new lease of life,” said Sean.

On Easter Monday, the family cycled from Castleconnell into UL and home again.

“In Liverpool, she will do the 3km donor run, 50m dash, long jump, ball throw and high jump. We’re going over as a family to cheer her on. Her transplant has never held her back and if anything it has pushed her on to try anything and everything,” said Sean.

Jon Kenny and Tara were joined at the Limerick launch in the Savoy Hotel by Madeleine Donaghy, Hospital, and Padraig McCarthy, a native of Ballinacurra who now lives in Bruff.

Jon and Madeleine attended the same school in Hospital. She has had two kidney transplants – the first in 1987 and second in 2013. Only a year later Madeleine proudly represented Ireland at the European Transplant and Dialysis Games in Krakow.

Padraig has also seen his life transformed by the kindness of a stranger.

Despite undergoing dialysis treatment at the time, he became the overall winner of the RTE show The Taste of Success in 2014. In January 2015, he received a life-changing kidney transplant. Having also overcome a battle with testicular cancer at the age of 29, Padraig and his wife Louise are now looking forward to the arrival of their first child in August.

Jon said: “I feel privileged to be amongst these inspirational people here today who have, like myself, faced uncertain futures because of illness, but are now embracing a second chance at life. These transplant recipients are exemplary ambassadors for organ donation as they continue to honour their organ donors in the lives they lead.”

The actor and comedian encouraged everyone to have a discussion about organ donation with family members and to let them know their wishes surrounding deceased organ donation.

Irish Kidney Association volunteers will also be selling forget-me-not flowers in Limerick city and county during Organ Donor Awareness Week. There are around 550 people in Ireland awaiting life-saving heart, lung, liver, kidney and pancreas transplants. Thanks to the gift of organ donation over 3000 people in Ireland are enjoying extended life. Donor cards can be obtained by phoning 1890 543639 or free texting the word DONOR to 50050.