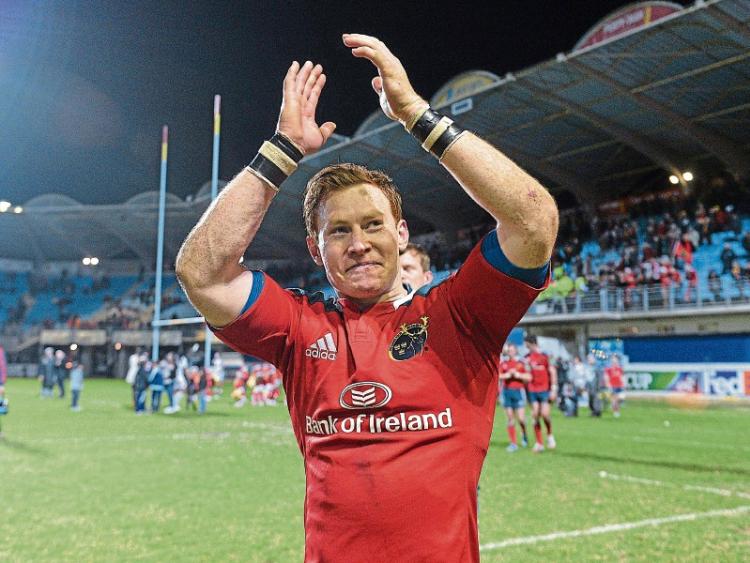 Munster scrum half Cathal Sheridan has discussed the impact breaking his arm had on his mental health and wellbeing Picture: Diarmuid Greene/Sportsfile

MUNSTER scrum-half Cathal Sheridan has documented some of the struggles he has faced off the pitch, as part of a new campaign focusing on mental wellbeing.

The 27-year-old is one of the first players to come forward and tell his story as part of the campaign, which is being driven by the Irish Rugby Union Players’ Association, in partnership with Zurich.

Cathal, a product of the Munster Academy who has 34 caps for the province and plays his club rugby with UL Bohemian, discussed the impact an injury had on his mental health in a video.

“I broke my arm and following that there was a period of my life where I didn't enjoy being a professional rugby player,” said Cathal, who studied at UL.

“I had been injured plenty of times before this instance, many much more serious and more long term, but I had always managed to deal very effectively with the challenges that go hand in hand with injuries.

“At the time I didn't even understand the effect it was having on me. Not only was I not enjoying being a rugby player, I wasn't really enjoying anything I was doing. It was only after a close friend questioned my behaviours that I realised I had been isolating myself, falling into bad habits and even blaming rugby for my frustration.

“Now I am a lot quicker to notice when something is wrong and I take action straight away.”

Cathal’s move follows on the heels of Leinster and Ireland prop Jack McGrath, who recently discussed how he coped with the death of his brother by suicide in 2010 and Irish women’s player, Hannah Tyrrell, who talked about how she overcame her struggles with self-harm and bulimia.

“I'm delighted to support the Tackle Your Feelings campaign – I'd encourage everyone to keep the lines of communication open and try not to isolate yourself during difficult periods. When something bad happens, it's normal to feel upset. If you're sad, feel sad, then go and do something about it,” he said.