Former Cleeve's factory in Limerick is next for revival 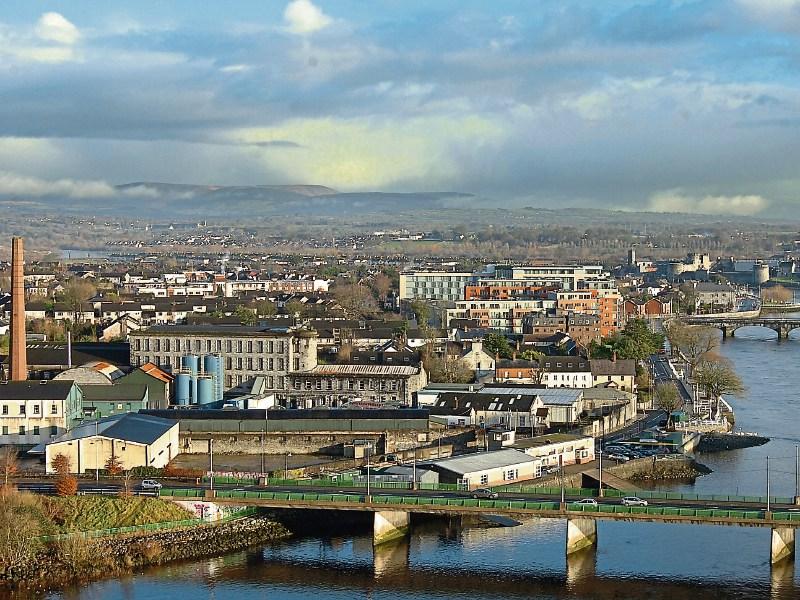 The former Cleeve's factory site, in the foreground, is in line for major redevelopment

LIMERICK City and County council is to appoint a design team to accelerate redevelopment of the former Cleeve’s factory, with hopes it will be transformed into a massive convention centre.

Liam Conneally, of the council’s economic arm, has confirmed tender documents are being prepared for an “urban design” of the site, adjacent to O'Callaghan Strand, which was bought by the local authority from Golden Vale in 2014.

In order to ensure development happens as quickly as possible, the authority is expected to transfer its operation to a ‘Special Purpose Vehicle’ company, in a similar manner to what has happened with the Hanging Gardens and Troy Studios developments.

At a private briefing on the Limerick 2030 plan, it was stated that a number of uses should be considered for the northside site, including as a food science centre, or a hospitality, training and educational centre, with a nod back to its history of condensed milk production. But it is understood a convention centre is the overarching preference of council bosses.

“That’s the one they are angling for,” said a councillor present. “Most business travellers are coming into Dublin, so it is felt there is a big market there if we can get a convention centre to Limerick”.

It is this option which has the backing of two local business leaders, with former Chamber president Sean Lally saying: “If I had a magic wand and I could put one thing into the centre which would transform Limerick, it would be a convention centre.”

Tony Brazil, Limerick Travel added there was a “crying need” for such a centre.

“Given its proximity to the Strand and the Savoy, and what have you, there is a nice accommodation bank in the area to back it up.”

However, Labour councillor Joe Leddin has warned against becoming too set on a single idea, saying the private sector should have an input.

He also expressed concern at the council overstretching itself, explaining: “We are under so much pressure to bring the Hanging Gardens and the Opera Centre over the line, that I really do not think the resources are there to have three or four fairly sizeable projects being advanced at the same time.”

A council spokesman insisted nothing had yet been “confirmed or earmarked” for the Cleeve’s site, saying: a “general discussion” was had as to its potential uses, “maybe as a large conference or expo centre, or mixed use.”

Cleeve’s was initially owned by Canadian businessman Thomas Cleeve who came to Limerick aged 16 in 1860. In recent years it has been used on a project basis to house the EVA International exhibition, which opens later in April.