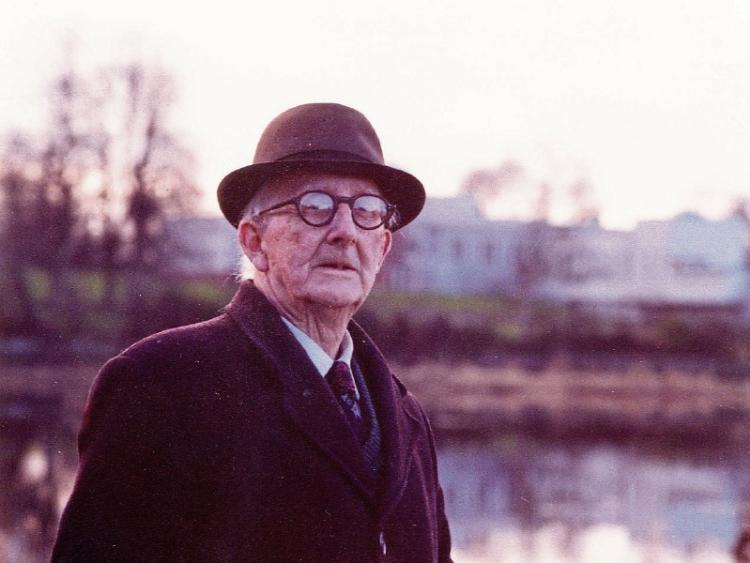 Patrick O’Connell worked for BP and secretly acted as Irish Volunteer. His family only learned of his involvement after his death

PATRICK O’Connell worked for Irish Shell BP all his life, but never told his family of his  earlier involvement with the Irish volunteers and his role in trying to get a ship load of guns into Foynes in 1914, and how he was involved in a daring raid to destroying gun shells destined for a British gunboat.

“We never knew a thing, our father never spoke about his involvement, we only found out after he was dead, when we found some documents he left behind,” said well known Limerick athletics official Paddy O’Connell.

His dad, of Corgrigg, Foynes, was a member of Fianna Eireann and the Irish Volunteers and made an official statement to the Bureau of Military History about his knowledge of incidents in County Limerick. He was born in 1898 and died in May 1982.

“My brothers John and Robin always thought he was a very quiet man, with his two main interests collecting stamps and coins and writing poetry. We never knew of his involvement, until after his death and found some documents. He was the adjutant of the E Company in west Limerick,” Paddy told the Leader.

In his witness statement Patrick recalled the visit of Constance Countess Markievicz, one of the founders of Na Fianna Eireann to Newcastle West in 1916, when she addressed  the crowd from the second floor window of Michael Dore’s house, the local chemist.

He recalled one evening in 1914, the local volunteers had assembled on the pier head in Foynes for their usual parade and drill, when a parade was dismissed after a messenger arrived on a bicycle with new orders. They were marched back the road to the home of the Honourable Mary Spring, at Mount Trenchard. They remained on duty until early morning.

“During the night there was much volunteer activity, and a large number of volunteers had arrived in the village from Askeaton and Aughanish and other points along the shore. These had take up position allotted to them. The post office was under the control of the volunteers,” he explained.

Telephone communication was cut off and the village isolated from outside.

“Rumour had now pierced the air of secrecy and whispers of an expected arrival of rifles gladdened our hearts.  It was said that the guns were to be landed in Foynes Island. The local volunteer boatmen, the Walshes, Finucanes, Michael Buckley, Joe Carroll and Edward Barron were read to man their boats when required. Morning came but the rifles never arrived. Disappointed we marched home.”.

Some time previous to the events related above, Conor O’Brien, his sister, and George Cahill and Tom Fitzsimons, as members of his crew, sailed from Foynes in his yacht “Kelpie”. He added: “Of the subsequent landing of the rifles by O’Brien at Kilcoole, County Wicklow we are now familiar.”

He revealed that from 1920 to 1921 Foynes was one of the most strongly garrisoned villages of its size in the county, with big forces of military, R.I.C. and Black and Tans along with a gunboat and naval crew, anchored off the piers.

Mr O’Connell also revealed his involvement in destroying 60 wooden boxes of .16-lb gun shells which arrived at Foynes railway station consigned to the commander of a gun boat which was permanently station at Foynes.

He got some revolvers from Captain Fitzgerald, who lived near Askeaton and that night forced an entrance to the Railway Goods Store with his colleagues, and removed the boxes which they piled on the pier and burned.

“Search lights were immediately turned on the scene from the gunboat, and naval and police patrols turned out, but we got home safely,” he revealed.

In those times the volunteers held lots of parades. He recalled a historic one in Newcastle West on St Patrick's Day 1916 which was addressed by Sean MacDermott, later shot for his part in the rebellion in Dublin.