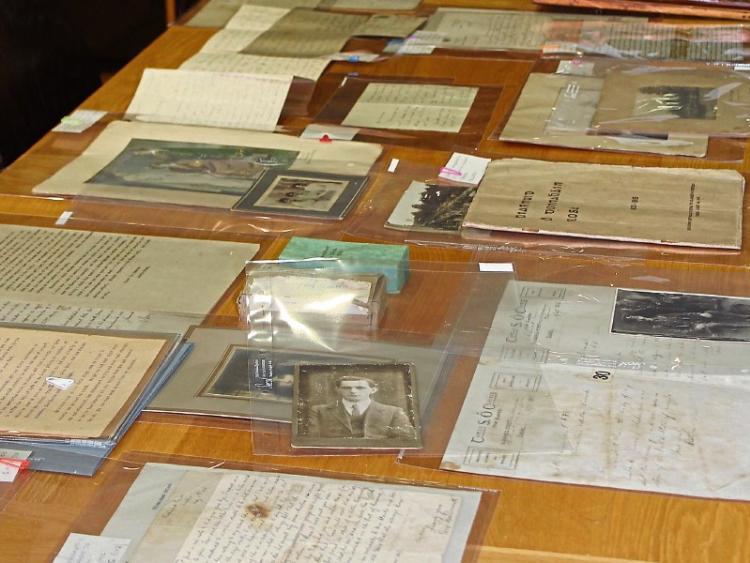 A sample of the artefacts, now on display at the Hunt Museum until May 15 Picture: Michael Cowhey

A HISTORICAL collection of artefacts that shed a new  light on the influential Daly family are currently on display at the Hunt Museum.

Drawn from the family’s archives, which is now held by the University of Limerick’s Glucksman Library, the exhibition - entitled Limerick and the 1916 Rising - will run until May 15.

The collection features letter correspondence to the former Lord Mayor and Fenian John Daly, from key Republican figures such as Thomas Clarke, Padraig Pearse and Roger Casement. Other items include photographs of the family, the Madge Daly papers and other key documents.

Library director, Gobnait O’Riordan said the exhibition gives the people “new insights into the personalities of those who took part in the rebellion”.

She added that a lot of the information has been brought to the public for the first time, with the inclusion of an online exhibition. The exhibition will also incorporate workshops for young people.