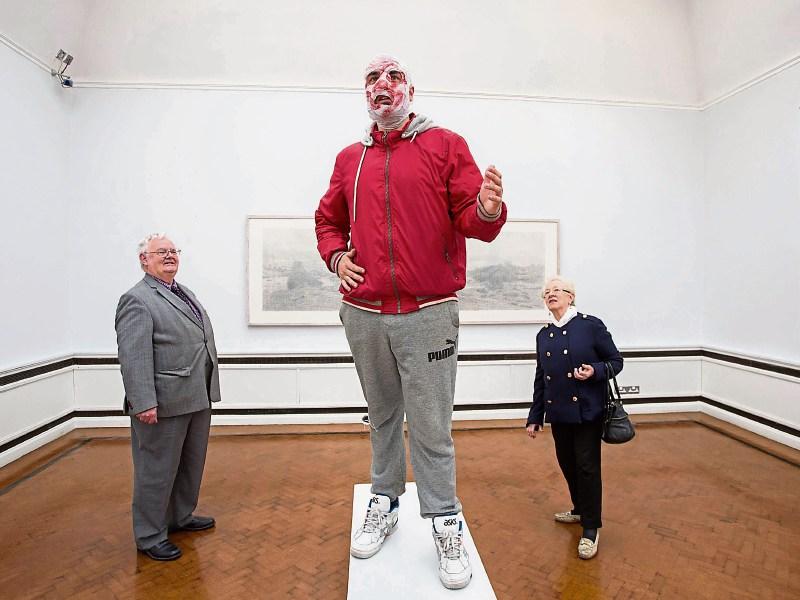 A 'stolen generation': Blindboy Boatclub of the Rubberbandits has spoken to Channel 4 News

AN interview Blindboy Boatclub of Limerick satirical duo The Rubberbandits recently gave to Channel 4 News ahead of the 1916 centenary celebrations has been making waves online.

The interview, billed by Channel 4 as “a serious message about Ireland ahead of the 1916 Easter Rising centenary celebrations”, claims that the plastic bag wearing duo have “become outspoken critics of contemporary Ireland”.

It has been viewed close to 700,000 times on Facebook alone and was posted online under the heading: “Why does it take a man with a plastic bag over his face to talk sense about mental health?”.

Why does it take a man with a plastic bag over his face to talk sense about mental health in Ireland? @Rubberbanditshttps://t.co/zKrCLNLUuR

In the interview, Blindboy – who has been a constant campaigner and voice for the disaffected youth of his generation – says:  “I only want to have a bit of craic, but I end up always finding myself in situations where I become a voice of reason – I shouldn’t be”.

After appearing on the Late Late Show in January, Blindboy was catapulted into the betting for the next President of Ireland.

“My generation is screwed. The lads that were in the 1916 [Rising] were the same age as my generation. They were from the ages of 18 up to their mid-30s.

“My generation is looking at them and saying ‘yeah, ye had it incredibly hard’. But my generation don’t have the idealism that they had. We just have despair and confusion.”

The Rubberbandits are currently gearing up for the second series of their Almost Impossible Game Show, which will air soon on ITV2.