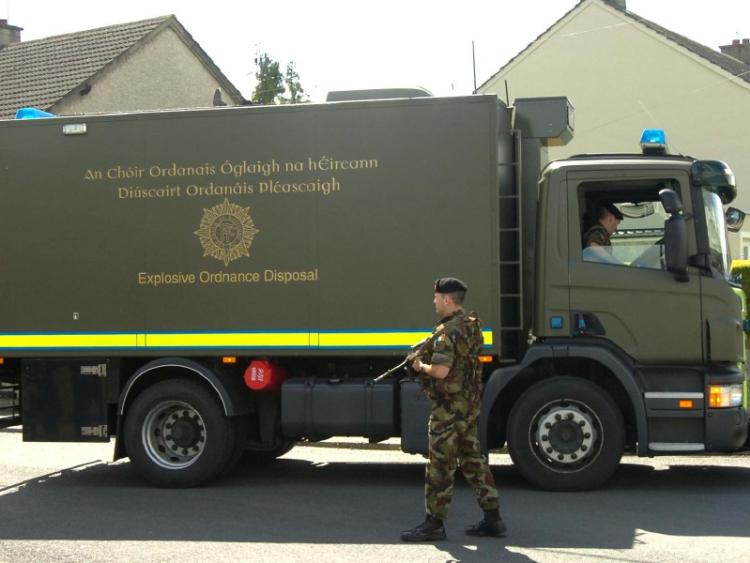 The Defence Forces' EOD team on a previous visit to Limerick

A SUSPECT device discovered in Limerick and examined by the Defence Forces is not considered to have been viable.

The Army Bomb Disposal Unit was called to the Patrickswell area of Limerick on Thursday by Gardai after a number of items were found in a ditchline in the area.

The items have been sent for further analysis.

“There was no explosives or component parts found in that,” added the spokesperson.