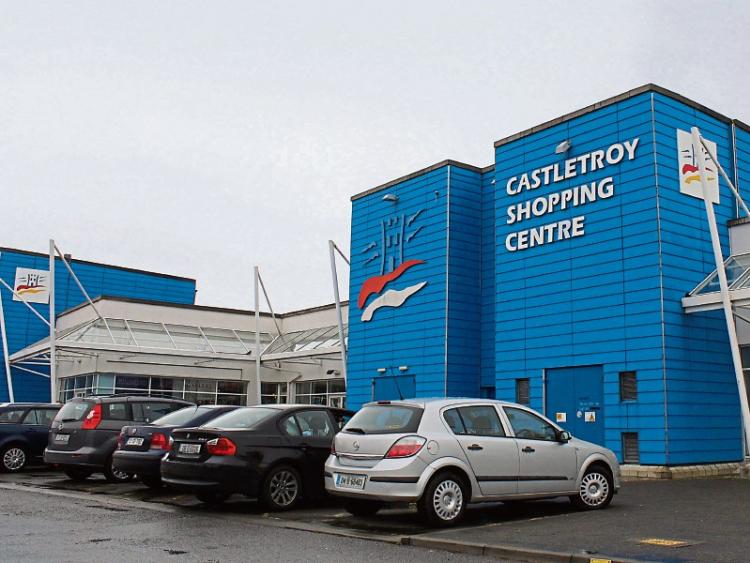 THE Castletroy Shopping Centre has sold for over €3.4m - more than 50% above its guide price - and with 60% of retail space vacant, after being on the market for less than seven months.

The Limerick shopping centre was sold on behalf of Nama for €3.425 million by commercial property advisers QRE who received 12 bids from potential purchasers.

These included two from UK investors, but it has been bought by the Limerick-based development company, Urban Green Private, which was established in 2013 for real estate finance and acquisition, and is run by Dublin and Cork based directors Patrick O'Leary, Denise McLoughlin, Alan O'Mahony, and Donal Coughlan.

The shopping centre was producing a rental income of €365,000 per annum but service charge voids reduced the net income to €200,000.

However, Conor Whelan of QRE told The Irish Times there was huge scope to enhance the value of the centre by leasing the remaining units on competitive terms and reducing the serviced charge voids.

He said his agency had received numerous inquiries from traders looking to lease shop units.

He attributed the vacancy rate to the fact that the shopping centre had not been marketed for over two years.

“This is an opportunity for an investor to purchase a landmark retail development in an affluent Limerick suburb at considerably less than its replacement cost," he said.

Meanwhile, a retail park on the Ennis Road remains for sale for some €15 million, following the instructions of a receiver.

The selling agent Lisney says the retail park is producing a rent of nearly €1.5m but this could rise to over €1.63m if all the units are occupied.

In the retail park, Woodies DIY is the anchor tenant and it is the only store in the Mid-West region pays rent of €876,330 for 4,532sq m (48,788sq ft) of space. There is 18 years outstanding on Woodies’ lease which is subject to upwards-only rent reviews.

Other retailers include Petmania, Smyths Toys, and Showtime Cinema, which occupies three of the nine retail units, and pays €225,000 for its space.

This sale is on behalf of receiver and manager Kieran Wallace of KPMG.

Elsewhere in the city, Williamscourt Mall on William Street, is for sale for €2.5m. The mid-terraced two-storey investment property has an overall size of 1,711m2 (18,417 sq.ft., fronting onto William Street and Little Catherine Street.

There are two tenants within the property - Guineys occupy 94.5% of the property held under three separate leases, two which expire in 2019 and the other in 2016. Irwin Jewellers occupy two units to the front of the mall held under a lease which expires in 2017.