Limerick mother's relief as daughter is unharmed in Brussels attacks

Limerick couple had planned to fly out of Brussels 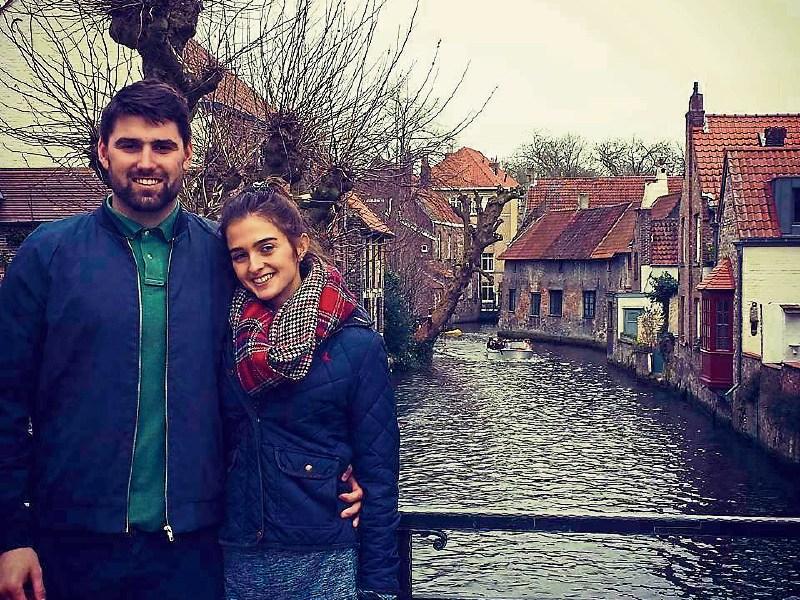 Catherine Devaney, and her boyfriend Cian Brennan, pictured in Belgium. The pair were in Brussels at the same time as the terrorist attacks

A LIMERICK mum whose daughter was due to fly home from Brussels this Tuesday has spoken of her relief after she escaped the terrorist attacks which left at least 32 dead.

Corbally woman Eva Devaney was terrified for the wellbeing of her daughter Catherine and boyfriend Cian Brennan, from Castletroy, after news emerged of the attacks at the city’s main airport, and a downtown metro station.

It took Eva a number of hours to get hold of her daughter following the horrific attacks.

The pair had taken a weekend break to the Belgian capital, as Catherine said she had always wanted to see a city which she describes as “the capital of Europe”.

Fourth-year UL aeronautics student Catherine was among numerous Limerick people in Brussels when the attacks, responsibility for which have been claimed by Isis, took place.

Speaking to the Limerick Leader, Catherine said: “There was a lot of commotion and pandemonium. There were lots of police cars and ambulances. People seemed confused as to what was going on.”

The pair stayed in an apartment near the main Brussels Midi-Zuid rail station, some distance away from where the attacks took place, and are having to make alternative arrangements to reach home, having seen their original flights cancelled.

Martin Ryan, who also hails from Corbally, is in Brussels since Monday. He said: “The place is in lock-down so we are not sure when we will be able to get out of here. But we are being well-looked after by the local people. They genuinely could not be more helpful and accommodating.”

Alison Graham, who has relatives in Castleconnell, works beside Maelbeek Metro Station as an environment policy officer with pharmaceutical firm Bayer.

She said she was “terrified”, initially learning about the news from her concerned mother who called.

The University of Limerick has confirmed none of its students were affected by the attacks. Acting Taoiseach Enda Kenny has said that “as far as we aware”, no Irish citizens were killed or injured in the explosions.

According to Department of Foreign Affairs estimates, there are around 700 Irish people working in the EU institutions in Brussels, with up to 15,000 Irish citizens living in Belgium.

Limerick City and County Council has opened an online book of condolences for the victims, and a moment of silence will be held at this Wednesday afternoon’s meeting of the authority.