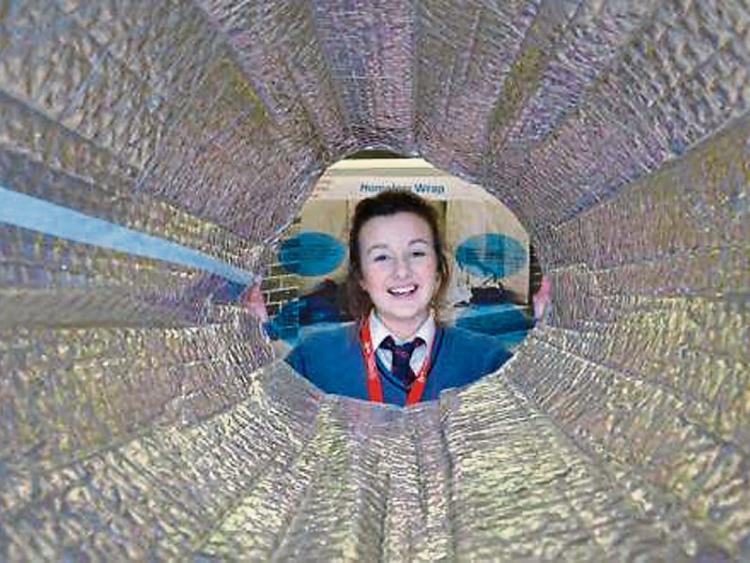 TYPE the words Emily Duffy or 'Duffily Bag' into a search engine and you will discover that the story of how Knockaderry teenager Emily Duffy, who invented a sleeping bag to help the homeless, has now gone global.

But the Desmond College student remains unphased by all the publicity her innovation has brought her, including a spot on the Late Late Show.

Perhaps even better, the sleeping bag idea, which first saw the light of day as an entry in the BT Young Scientists Exhibition in early 2015, is now being put to practical use in Dublin and elsewhere.

Emily’s original idea was to devise a sleeping bag that would be waterproof, fire-proof, very-well insulated, lightweight and cheap to manufacture.

And her initial aim was to come up with a practical response to an aspect of homelessness. She also hoped that the bag might be of use in emergency or disaster zones.

Now, almost two years since she began work on the idea, her sleeping bag, now the Duffily Bag, has more than fulfilled those aims.

And perhaps even more crucially it has given a second chance to a number of once homeless people.

Charles Richards of the Mendicity Institution approached Emily and, following a number of modifications to her prototype, a programme began to manufacture the special bags in a workshop in Dublin, staffed by people who had experienced homelessness.

Since then, a number of these men have been empowered to move from the workshop back into full-time employment.

The organisation has also had enquiries about the sleeping bag from as far away as the US and Australia and have sent instructions to other organisations abroad.

They now hope to expand their workshop programme from four to 20 participants by the end of this year.

Through her collaboration with the Mendicity Institution, Emily has become a firm fan of their work.

“They’re great there – they’re doing a great job, and when I went up there recently to view the latest version of it, it was unbelievable,” said Emily, the daughter of proud parents Margaret and Coleman Duffy.