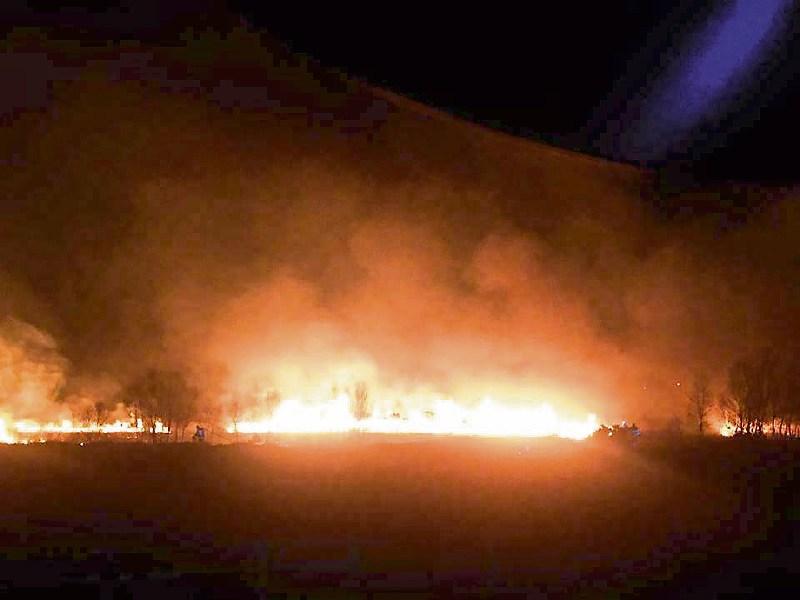 EMERGENCY services attended the scene of a large and fast-spreading fire that took place in a field in Castleconnell, in the early hours of this Sunday morning.

At 1.52am, Newport Fire Service was called to the scene of an “unknown fire” in the area of the M7. A large gorse fire was then discovered at the location of Gooig, Castleconnell.

At 2.06am, Limerick Fire and Rescue Service was called to the scene, and four appliances were immediately dispatched, with a unit from Cappamore Fire Service on stand-by.

It is understood that a nearby car fire set the gorse alight.

Fire fighters tackled the flames for several hours and left the scene at 4.33am.