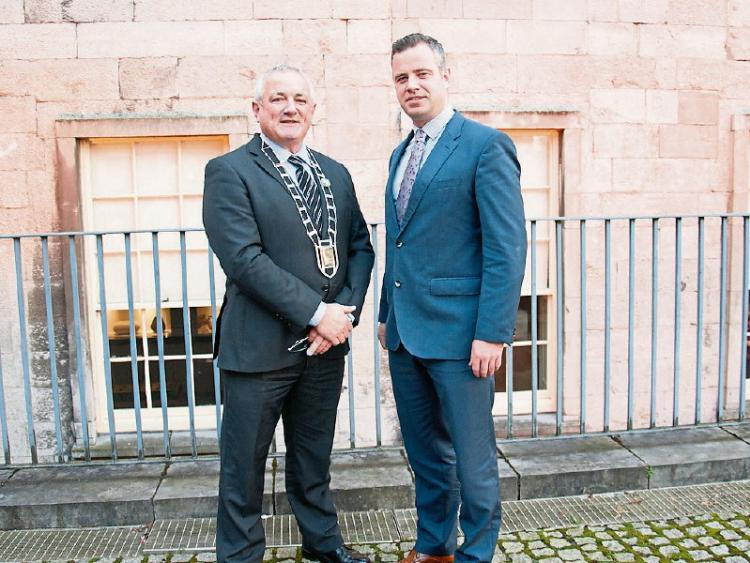 THE Limerick Chamber has put in place a marketing fund for the city, which it is hoped will see increased footfall in the centre.

Chamber CEO Dr James Ring confirmed at a meeting of the business group that a total of €30,000 is being allocated in a bid to replicate the success of the Milk Market, which attracts 16,000 visitors each Saturday.

While the Chamber has put forward €10,000 this has been double matched by Limerick City and County Council, and a steering group has been put in place, led by Helen O’Donnell to ensure it is being spent correctly.

“It is about transferring the success of the Saturday Milk Market to the rest of the city. But more than this, it is about sending the message that on both Saturdays and Sundays, Limerick is open for business, and there is lots on,” Dr Ring said.

He said retailers need to develop a “shopping centre mentality”, organising promotions and events to making shopping more accessible. On top of the €30,000 funding, Dr Ring also confirmed that half of the subscription every new member pays to join the Chamber will be allocated to the fund.

Metropolitan district mayor Jerry O’Dea, a ratepayer himself, feels the council will not be found wanting when it comes to allocating further funding depending on the success of the scheme. He said: “I believe fundamentally we have a very sound footing for this city to do business and increase business.

“We have put forward the idea we need to seriously address our marketing efforts. The council, I believe, are very pro-active in terms of matching funding.”

More than 100 people were at the Hunt Museum meeting of the Limerick Chamber, which was focused on rejuvenating the urban area, and was facilitated by Dr Lisa O’Malley of the University of Limerick.

At the event, Limerick Leader columnist Nigel Dugdale believes in order to get feet on the streets, youngsters need to be “nurtured”.

“Young people are passionate about where they are from. They have a huge part in changing the perception of Limerick,” he said.

Dr O’Malley suggested that transition year students at schools across Limerick are engaged with to set up projects in the centre.

She said that in order to bring young families to the city, festivals should be held.

”These events cannot make money. They need to lose money simply for the sake of having people come in and see what the city is like, and enjoy it,” she said.

Architect Richard Rice again raised the issue of the University of Limerick, saying the college has “not engaged with the city properly”.

This view was backed up by Dr O’Malley, who said: “I think historically it differentiated itself from the city. It said ‘come to UL because we are three miles outside’. It was used as a strength. But what I think the university realises now is there are a whole load of reasons to be part of the city.”

Some traders complained that beggars, and “feral groups of youths” were putting people off visiting.

General election candidate Sarah-Jane Hennelly said: “The only thing missing from the city is people. There are the same number of people begging in Galway and Dublin, but it is less noticeable, as there are more around.”

Jeweller Tadhg Kearney feels Limerick’s “legacy image” is not doing it any favours, and called for the local business community to talk the urban area up.