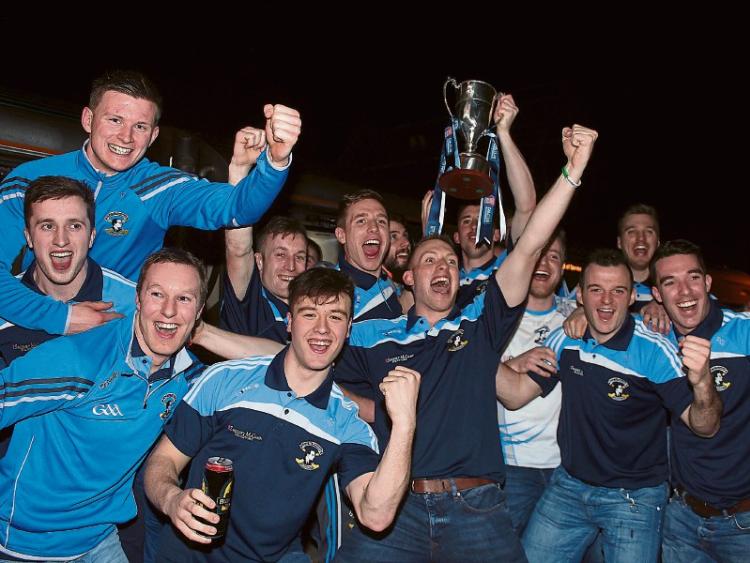 LIMERICK people will be able to show their appreciation to the All-Ireland Club hurling champions Na Piarsaigh this Monday evening at a special event.

Limerick City and County Council has confirmed it will host a homecoming ceremony for the Caherdavin club on the steps of City Hall at Merchant's Quay from 6pm on Monday.

The event is open to the public.

Na Piarsaigh became the first ever Limerick side to win the Tommy Moore Cup, beating Cushendall of Antrim by 2-25 to 2-14 yesterday.

As a result of this, the club's sky-blue and white flag is flying proudly at City Hall, and Mayor Liam Galvin has warmly congratulated the team.

Speaking from Boston, the mayor said: "We're inviting the people of Limerick to come out on Monday night and show the team just how proud we are of their achievements."

He added: "Na Piarsaigh gave a thrilling performance in Croke Park which has gladdened the hearts of all Limerick hurling supporters coming just six months after our All Ireland under 21 success. I want to pay tribute to manager Shane O’Neill and all the backroom team who have worked tremendously hard with this talented Na Piarsaigh squad preparing for the final and we look forward to celebrating this famous victory with the team and their supporters on Monday night.”

The council has also announced a civic reception will take place to honour Na Piarsaigh's history makers at a date to be decided.