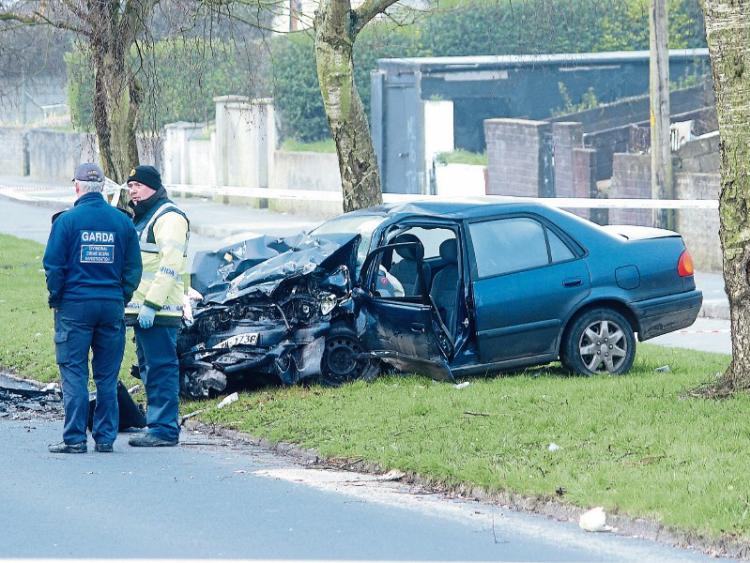 The scene of Tuesday night's collision

A SECOND person has died following a road traffic collision that occurred on Hyde Road, earlier this week.

Shortly after the collision on Tuesday, a 28-year-old male passenger was pronounced dead. Both men were travelling in a car, which collided with a van, at Hyde Road at around 7.30pm.

The occupants of the van – a man in his forties and his five-year-old daughter – were taken to University Hospital Limerick (UHL) as a precaution.

Investigating Gardaí are renewing their appeal for information in relation to this collision.

Eight people have died on Limerick roads so far this year.