23 hopefuls in running for Limerick Rose of Tralee

Limerick Rose will finally make the Dome this year 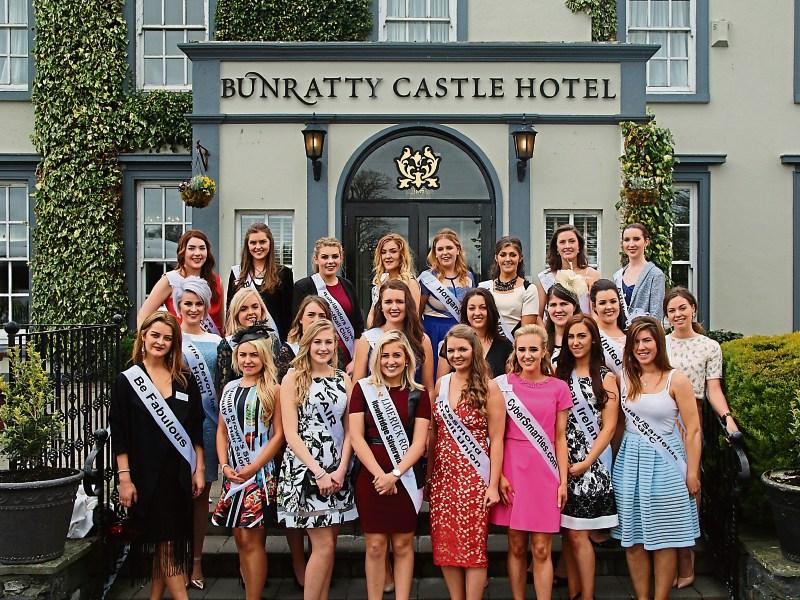 FROM a former Miss Bikini Ireland to a commercial photographer, a make-up artist and several midwives, 23 young Limerick women are in the running to become the 2016 Limerick Rose.

The lady who’ll hold the crown and wear the sash – and make it to the Dome in Tralee – will be selected on Easter Saturday night, March 26.

To prepare them for a potential life as a Rose of Tralee, the would-be Roses have already begun a whistle stop tour of the Mid-West.

Denis Griffin, co-ordinator of the Limerick Rose Centre, said that they are all looking forward to selection night in over a week’s time.

The Limerick Rose Centre was delighted to announce earlier this year that whoever is selected to be the next Limerick Rose will be guaranteed a place at the 2016 Rose of Tralee International Festival.

For the past 11 years the Limerick Rose had to travel to Portlaoise at the end of May to take part in a qualifying event to try and make it through to the televised stages of Ireland’s top festival.

Only 32 Roses can be accommodated on live TV and, until now, it wasn’t feasible for the organisers to accommodate the full inclusion of the other 38 Roses at the festival in Tralee.

“Whoever is picked as the 2016 Limerick Rose in March will travel to Tralee in August. Such is the continued success of the Rose of Tralee on TV, RTÉ are introducing a third night of Rose of Tralee TV coverage from next year onwards. The Festival itself has also been extended from five to seven days and 68 Roses will travel to Tralee to enjoy the festival,” explained Emma Dwane, of the Limerick Rose Centre.

Limerick’s budding Roses, who are aged 18 to 27 in line with competition rules, hail from across the county and city, including Dromkeen, Castleconnell, Lemonfield,  Castletroy, Dooradoyle, Adare, and Knocklong.

Limerick won the crown twice, but it has been eight years since the Treaty County had a finalist in the Dome on the August Bank Holiday weekend. That trend will end this year, before it becomes a nine year itch.

The Limerick Rose Centre is extending an invite to all roses and escorts from previous years to come along to the selection night. They are asked to contact the centre on 0871474100 or email limerickrosecentre@yahoo.com to reserve a seat on the night. The show begins at 7.30pm and tickets are available for friends and supporters through any of the Rose entrants or by calling the number above. Taking place from August 17-23, the Rose of Tralee Festival will run for seven days featuring almost 70 Roses, and an extra night’s TV coverage.