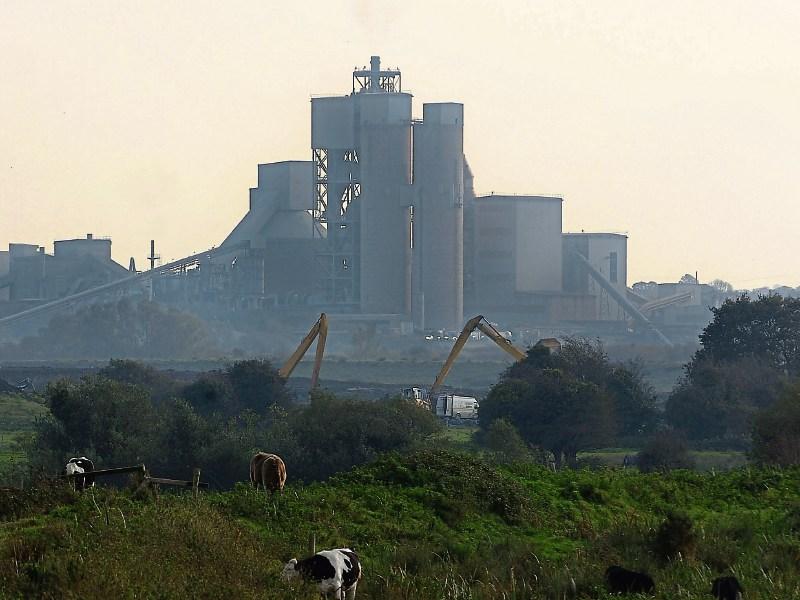 Concern: The cement factory in Limerick

GREEN Party representative James Gaffney has expressed concern about the impact on the environment of Irish Cement’s plans to burn tyres in Limerick.

The general election candidate wants to see a full consultation on the matter.

Irish Cement is seeking planning permission to cease the use of imported fossil fuels and replace it with burning tyres at 1,500 degrees to generate cement at its plant in Mungret.

But Mr Gaffney said: “This is not a simple case of changing fuel, from coal to oil or oil to gas where the emissions are similar but markedly cleaner in each case. The burning of tyres can result in the emission of a number of dangerous chemicals such as dioxins and furans.”

He also claimed there has been no “public consultation” on the €10m plans, and the application – currently before the local planning authority – is being “rushed through”.

This claim was rejected by a spokesperson for Irish Cement, who stated that the firm invited local residents and community groups to a series of public information evenings held in the South Court Hotel in December. As well as this, the spokesperson said it ran a media campaign, and offered a tour to the seven councillors in the City West area.

Calling for a consultation, Mr Gaffney said: “I would urge all residents to make their concerns known their local representatives, including their recently elected TDs.  I, for one, am not happy to see this potentially dangerous process rushed in to Limerick and I hope that politicians across all parties can unite to protect public health.”

Mr Gaffney also said the Environmental Impact Assessment for the project has not been made available.

But a spokesperson for Irish Cement said an application to the Environmental Protection Agency to review the licence was made this week.

“Experience from throughout Europe, shows the opportunity to reduce our dependence on imported fossil fuels will prove critical to our ability to operate competitively and sustain jobs at Irish Cement Limerick into the future,” they added.