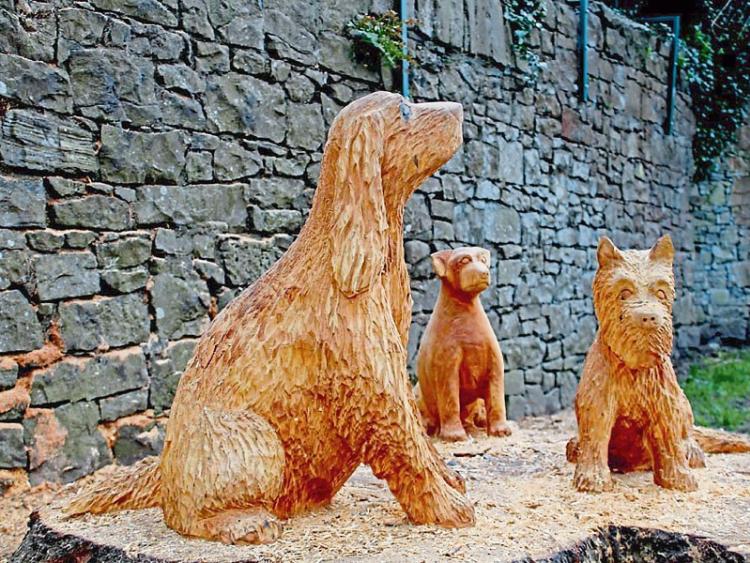 Sean Ryan's picture of the sculptures in the People's Park

THERE are three new permanent visitors in Limerick's People’s Park, thanks to the crafty work of a local artist.

Hospital-based wood-sculptor, Will Fogarty, was tasked by the council with transforming a lime tree that fell down in the recent storm into a wooden sculpture.

Realising he had plenty of material to work with, Mr Fogarty decided to carve out three dogs; a Springer Spaniel, a Scottish Terrier and a Jack Russell, as captured by photographer Sean Ryan above.

“We [Mr Fogarty and the council] went down there, and we saw people walking around the park with their dogs, and we then got the idea that we would try carve some dogs into it,” he said.

“It took me about five or six days to do the whole lot, and it was good fun doing it. There were a lot of people going by and they were very interested in what was happening. And it turned out pretty well.”

He claims that since he put a photo of the finished project on his Facebook page, entitled Fear na Coillte, it has been seen by more than 70,000 people.

Mr Fogarty recently completed a similar project at Scoil Íde, Corbally, which consists of an owl, a heron, a salmon and many other wildlife creatures, all perched on a standing tree on the school grounds.