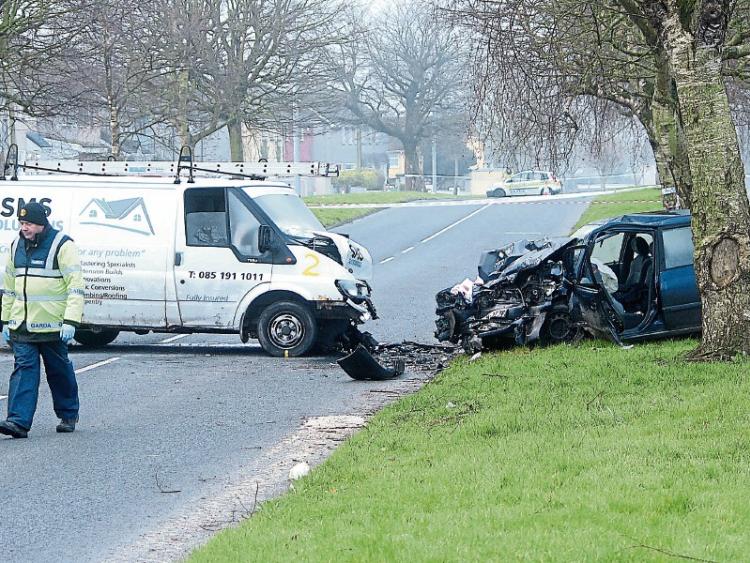 A MAN who was seriously injured in a road collision in Limerick city last night has been transferred to Cork University Hospital.

The man, who is aged in his 20s and from Limerick city, was one of two men who were travelling in a car which collided with a van at Hyde Road at around 7.30pm.

The second man, who was also aged in his 20s and from West Limerick, died from his injuries a short time after the collision.

The occupants of the van – a man in his forties and his five-year-old daughter – were taken to University Hospital Limerick (UHL) as a precaution.

A section of Hyde Road between Carey’s Road and Lenihan Avenue which was closed to facilitate technical and forensic examinations is expected to re-open shortly.

The fatal collision was the second in Limerick in less than a week and the seventh so far in 2016.

Gardai at Roxboro Road are investigating last night’s collision and can be contacted at (061) 214340.