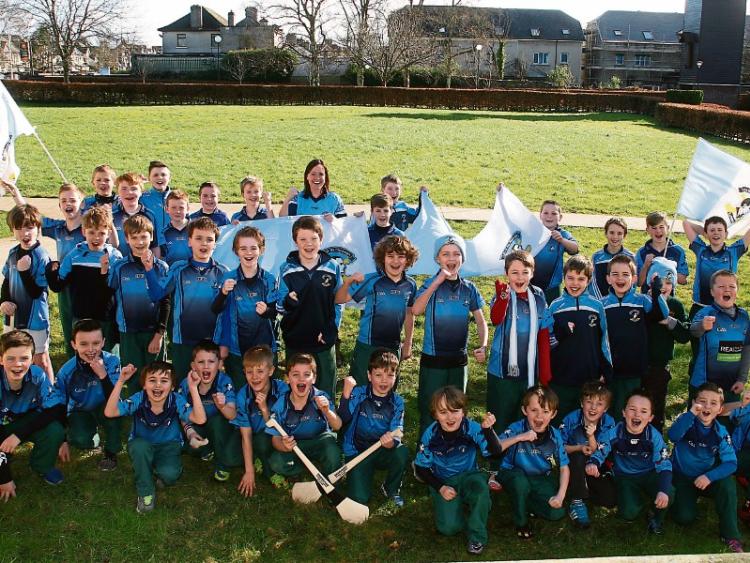 THERE is a sense of quiet optimism in the city ahead of Na Piarsaigh’s All-Ireland senior club hurling championship final at Croke Park next week.

Thousands of hurling fans from across Limerick will descend on GAA headquarters on St Patrick’s Day to cheer the Caherdavin side on against Ruairí Óg Cushen-dall of Antrim in the showpiece final.

The throw-in will be at 2pm and two trains laid on by Irish Rail for the club have sold out, while many fans will head to Dublin by coach or car in the hope that Na Piarsaigh can become the first ever Limerick side to triumph in a competition recognised by many as being among the very toughest to win.

Sky blue and white bunting hangs around Caherdavin, while many of the shops have expressed their best wishes to the hurling team, which has already clinched the Limerick and Munster title.

Former Na Piarsaigh chairman Timmy O’Connor said the players will not get carried away by the occasion, saying there is “a sense of a job to be done” at Croker.

“It is everybody’s dream to have their team play in Croke Park in a final. So we are delighted to be in this sutiation. After all the years of hard work put into the club, it is great to see it come to fruition,” he told the Limerick Leader.

Na Piarsaigh have appeared in the semi-final stage on three occasions in the past, and Timmy feels this will stand to the side’s advantage against the men from Ulster.

”We have been in three semi-finals, so I think we are a bit more mature about it this time around. Obviously, it will be a great occasion for the club,” he said.

Timmy said Na Piarsaigh are effectively “carrying the responsibility” of Limerick hurling at Croke Park, adding: “Hopefully we will do justice to everybody in the county.”

Mags Brown, who manages the Caherdavin Community Centre, said the excitement ahead of the game was at levels she has not seen on the northside in recent years.

She said: “There is a wonderful atmosphere. It is the best I have seen in a long time supporting the club. I think the best thing about Na Piarsaigh is that it is a grounded club: It has a great staff and team, and its substitutes can be as good as the first team – which might cause a problem!”

Mags added memories of Jim Hogan, the substitute goalkeeper of the All-Ireland winning hurling side of 1973 who sadly died last week, will not be far from people’s minds.

She said despite the fact he was a Claughaun man, he was also a great supporter of Na Piarsaigh.

There was tremendous excitement at John F Kennedy memorial school, with the boys donning their Na Piarsaigh shirts in anticipation of the final.

“It is a huge occasion for the two parishes. It is a long time since a Limerick club was in an All-Ireland final, and there are high hopes this will be the time when Limerick will finally bring home the trophy from Croke Park,” said school principal Dalach Carey.

Asked who he thinks will win the final, Conor Hourigan, 11, of the North Circular Road, grinned: “Obviously Na Piarsaigh!”

”We have really good players, and if you go to a match, we always have great support. There will be great support for us in Croke Park,” the youngster added.

His friend, 12-year-old Conor Hartney, also of the North Circular Road said: “I am really really really excited about watching them play in Croke Park”.

”Everyone will give great support. It will be a really good atmosphere, and everyone will be screaming and shouting for them,” he added.