'One harrowing story after another' - life on Limerick's streets 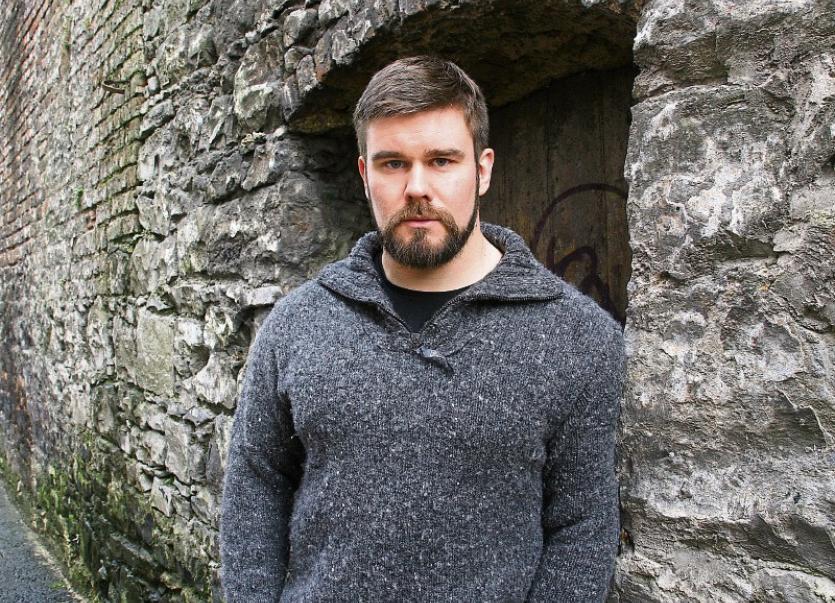 Duncan Casey: homeless people face numerous obstacles even when there is a determination to better their lot Picture: Adrian Butler

THE scene must have been played out countless times in films and TV dramas – the one where a man or woman is approached by a homeless person in search of some spare change. They reach for their pockets, only to realise after a split-second that they know the unfortunate soul. It hit me hard when it happened to me on a recent Sunday night in Limerick city.

I had only met Jane (not her real name) and her boyfriend Dave (also an alias) a couple of times previously through the Mid-West Simon Community. They were chatty, friendly people who appeared to have come out the other side of whatever low point it was that led them to reach out for help.

These encounters meant I was shocked to see her approach a friend and I on Barrington Street. It was a bitterly cold evening. I was getting some air during the interval of a rehearsed reading at No 1 Pery Square. Myles Breen’s Bottom Dog Theatre Company was performing Oliver Goldsmith’s She Stoops to Conquer, much to the delight of everyone who came along. The irony of meeting a homeless acquaintance outside such an elegant setting wasn't lost on me.

“Hi, Jane,” and a look of disbelief were all I could muster as she asked for some change. She didn’t recognise me initially. She was a bit out of it, due to her addiction to Benzodiazepines. I explained who I was and cringed a little with my small talk as I asked how she was doing.

Not very well, obviously. Dave was taking heroin again after being clean for two years. Jane had been thrown out of her mother’s house after a fight with her brother and was now sleeping rough in the stairwell of a city centre building.

It started drizzling. Jane told me how, sitting on a wall at Clancy Strand the previous evening, she had been thinking about throwing herself into the river to end all the suffering in her life.

She burst into tears. She was shivering in the freezing air and told me she hadn’t eaten in days. I suggested going for a sandwich and a cup of tea. I grabbed an umbrella from my car to shield us from the elements as we set off.

I asked Jane why she wouldn’t stay in one of the emergency shelters that provide beds for people in her position. She said she’d had bad experiences of these places in the past, with people using needles at one facility. An environment where drugs were being abused was something she was desperate to avoid.

A few minutes later we arrived at a fast food place downtown. The man holding the fort cast a suspicious eye on Jane as she entered in front of me.

It was an understandable reaction – she looked the worse for wear. As I sat down opposite her she told me one harrowing story after another. She had been abused as a child, something that must have set the tone for the life full of anguish she has had. She has suffered from depression as a result.

While she was hospitalised for aluminium poison, caused by smoking heroin, her brother called social services and her children were taken away.

Her eyes welled up again as she recounted every little detail of the worst day of her life. Despite it being the best thing for her children, she has never forgiven her brother for making that call.

Jane went on to tell me that Dave’s mother, tormented and helpless, now drives him to his drug dealer’s house and lets him shoot up in her living room.

Each miserable tale sucked another bit of hope out of me. A nauseous feeling in my stomach got stronger and stronger.

Her only hope of getting back on track was to get a place on the residential programme at a rehab facility up the country. Candidates have to produce four clean urine samples over a four-week period, a requirement Jane has now satisfied. In another setback, however, she has now been told there is a three-month waiting period to be admitted. She was due to travel there with her HSE key worker for a meeting last Tuesday and I hope she received better news.

As I left the fast-food restaurant, all I could do was wish her the best of luck and tell her that I’d be thinking about her. She thanked me and shook my hand with a smile. I hung my head for the duration of my walk back to Barrington Street. I felt deflated and useless.

As I re-entered the refined surrounding of No1 Pery Square, I thought about just how different my life might have been if I’d been dealt the hand that Jane was.