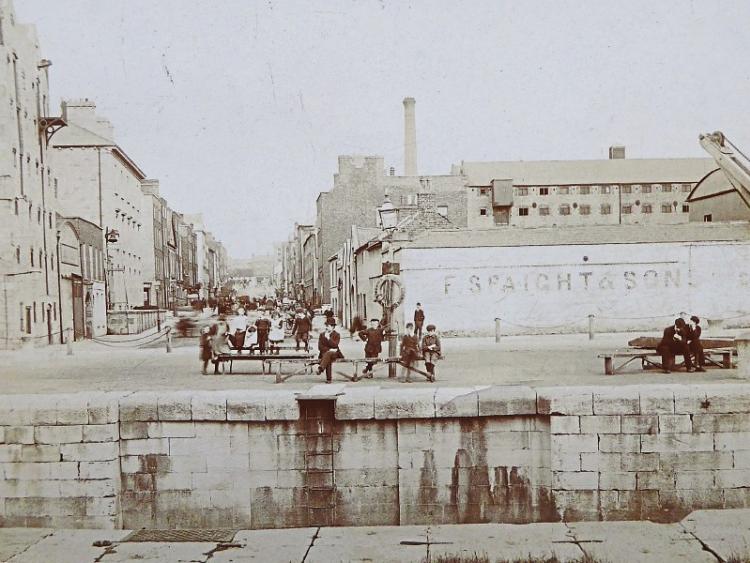 Spaights on Bedford Row, backing onto Poor Man’s Kilkee, where Ned Daly worked for a period before joining the rebellion. The image is contained in the new book

THE Bishop of Limerick has this week launched a new book examining the “faith profiles” of the leaders of the 1916 Rising.

The book, which was initiated by Brendan Leahy himself, has been produced by the Limerick Diocese and was launched in Dublin this Wednesday, with a separate Limerick launch to take place next week.

The End of All Things Earthly comprises “short yet detailed faith profiles” of the leaders of the 1916 Rising, from Roger Casement to Patrick Pearse and Limerick’s own Con Colbert and Edward Daly.

The 95-page book also offers a glimpse at the general faith interaction of leaders, including in the final moments before their execution and was produced by the Diocese to mark the centenary of 1916.

It was launched in Dublin’s Capuchin Friary, a venue specifically chosen to reflect the order’s central role in the negotiation of peace in 1916 and with clergy there also having ministered to the leaders before their execution.

“The question of how faith and armed rebellion can be compatible has exercised much conversation from the time of the rising to, indeed, the present day. However, the book does not seek to adjudicate on this but, instead, merely give a sense of what faith meant to the Leaders,” said Bishop Leahy.

The book is edited by Limerick Diocesan archivist David Bracken and will be launched next Tuesday at 6.30pm in MIC. Mr Bracken said it was “focussed, in particular, on the spirituality of some of the (leaders) and has, of course, a strong Limerick aspect to it”.