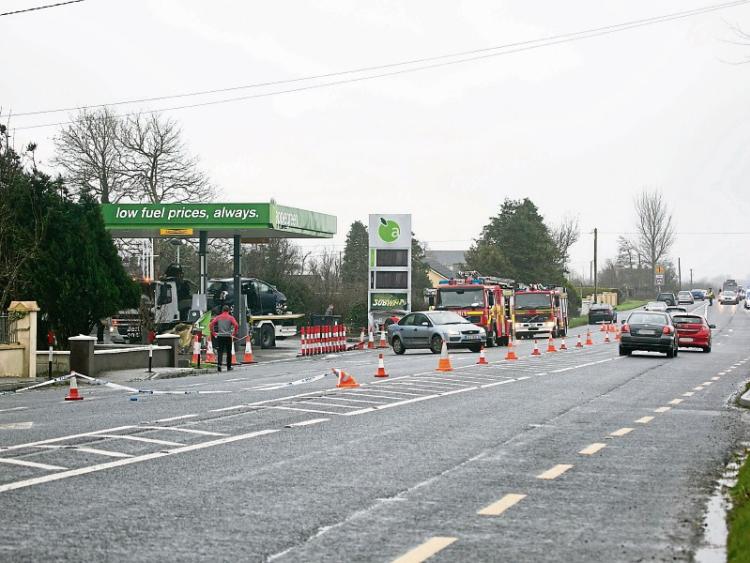 THE woman who died in a road accident between Rathkeale and Newcastle West on Saturday night was named as 40-year-old Risikat Oyebanji.

Ms Oyebanji was a Nigerian native living in Tralee. It is understood that she was travelling with her family from Dublin back to Kerry when the accident occurred at around 11.30pm. It is not thought that there were any other vehicles involved in the crash, which occurred near the Applegreen service station at Coolanoran.

Three other family members in the vehicle sustained injuries and were treated at University Hospital Limerick. They were a man in his 40s and two children, aged 14 and 11. The man, understood to be Ms Oyebanji’s husband was a front seat passenger, while the two children were in the back of the car.

At the time, their injuries were described as not life threatening and it is understood they are recovering well.

Following the accident, garda forensic investigators sealed off the scene to carry out an examination. The road remained open, though a stop-go system was put in place for a number of hours.

Sergeant Justin McCarthy of Henry Street garda station, said: "An Garda Síochána wish to extend their sympathy to the family of Ms Oybebanji, who died tragically in this traffic accident."

Ms Oyebanji is the fourth person to have died on the roads of County Limerick so far this year. This is the same number of fatalities that occurred in the county in the entire of 2015.

“There has been a big increase in road traffic accidents and it is a reminder to the public to drive safely,” said Sgt McCarthy.

He added that the tragedy was a “timely reminder” about road safety.

Gardai at Newcastle West are appealing for any persons who may have witnessed this accident to contact them at 069 20650 or on the garda confidential line, 1800 666 111.